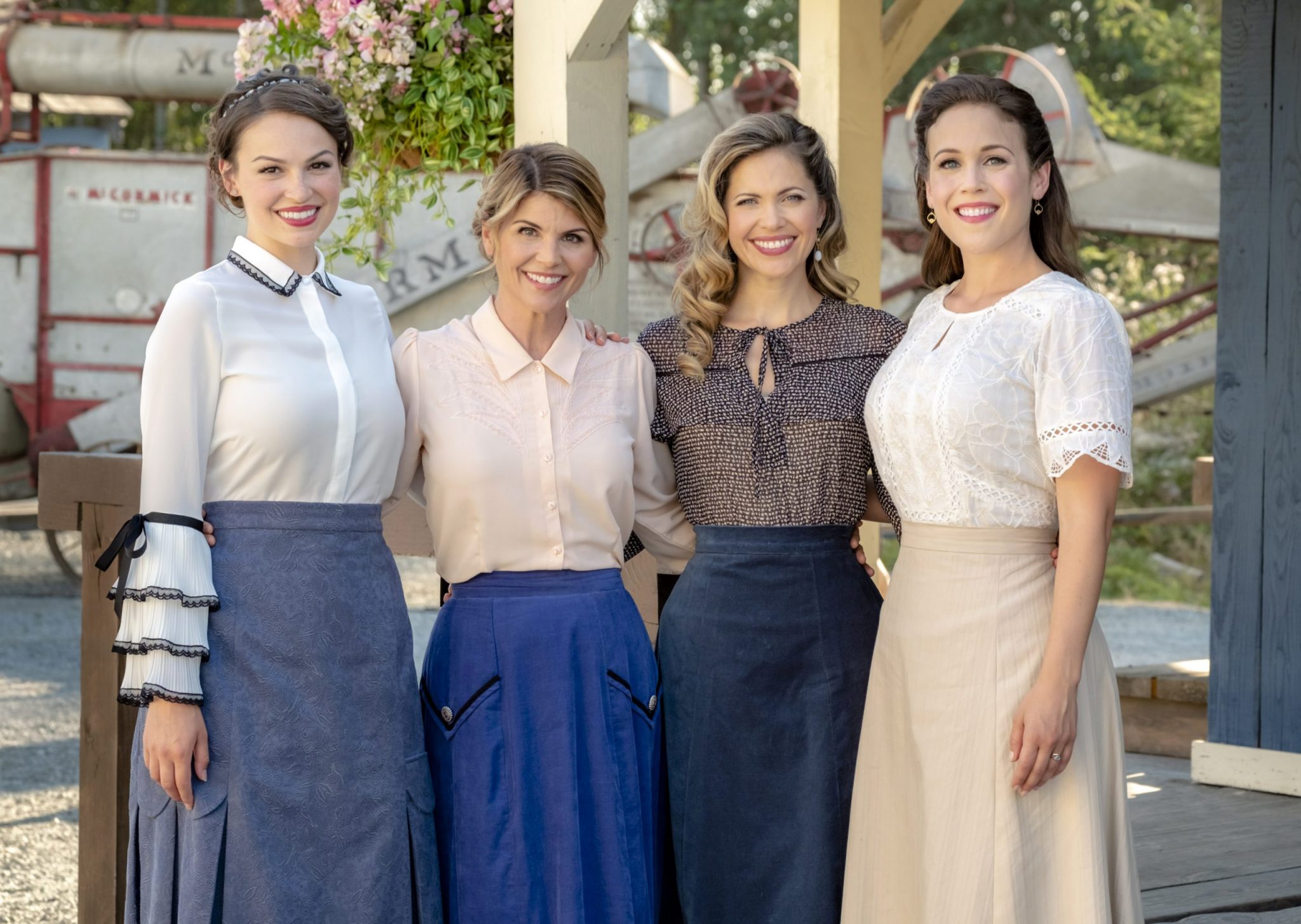 On Tuesday, Lori Loughlin reportedly celebrated a low-key birthday. But, two of her former When Calls The Heart co-stars made sure she and everyone else knew it was her special day and that she was still loved.

Who wished her a Happy Birthday and what is the latest news with the former WCTH star?

On Tuesday, Lori Loughlin turned 56-years-old. Although she is no longer on social media, she reportedly planned a low-key birthday. Instead, a couple of her friends made sure that they acknowledged her special day.

First, When Calls The Heart co-star Erin Krakow shared a black and white photo of her, alongside Lori, on Instagram. In her caption, she wrote “Happy Birthday my forever friend. Love you. ❤️”

In the comments, Bella wrote, “Love you Erin.” This is not just any Bella. This is Loughlin’s oldest daughter Isabella Rose Giannulli. Erin’s response? “@bella Love you too! You guys are stuck with me!”

The fan response? Outstanding! One fan wrote “@bella@erinkrakow @oliviajadeSo good to see you are really a family outside #WCTH and that true feelings are there and help you through hard life time. Courage Lori, hope you are doing ok. Have a great anniversaire”

Other fans followed suit with well wishes to the girls, for their mother. These #hearties really appreciated the true friendship and forgiveness shared in the post.

Lori’s former WCTH co-star Pascale Hutton also shared a birthday wish to her friend Lori. She shared a black and white photo of herself with Erin Krakow and Lori on Instagram. She wrote: “Happy Birthday beautiful friend!”

What was the significance of Pascale and Erin’s black and white photos? On Tuesday, it was a “challenge accepted” post. People were asked to share a black and white photo of women supporting other women. And, it just so happened to be Lori Loughlin’s birthday. More than anything, it was about friendship and love.

The When Calls The Heart co-stars seem to have supported Lori from the beginning. Back in April 2019, co-star Paul Greene spoke on the Popcorn Talk Network’s I Could Never Be program.

Of Lori, he said: “We’ve all known Lori for a really long time, and, and when someone’s your friend and something happens to them, you don’t stop being their friend. You support, no matter what happens.”

Right now, Lori needs a little support from her friends.

As for Lori’s birthday plans, a source on Monday told ET that she would be spending her day with her family. Sentencing for the actress, along with her husband, Mossimo Giannulli, will both be on August 21. The sentencing is for the college admissions scandal.

So instead of a big blowout day, the actress wants to spend her day quietly. She will be with her husband and two daughters, Bella and Olivia Jade. Surely the two are sharing the very special Instagram birthday greetings with their mom.