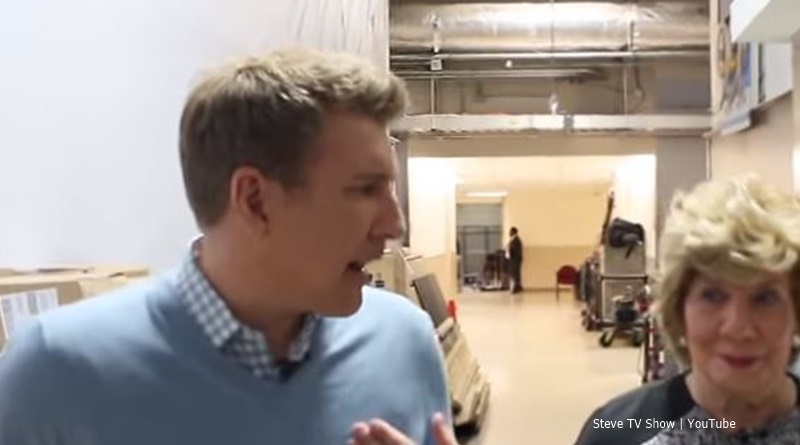 Todd Chrisley shared a tribute to his dad, Gene Raymond Chrisley on Instagram. His dad passed away in July 2012 and he left his wife Faye behind. Known as Nanny Faye, she never married again, although she joined a dating site at one stage. In his post on Wednesday, Todd said, “proud of his sacrifices and will never take them lightly.”

We reported that when Todd became ill with the coronavirus, fans begged the family to take good care of Nanny Faye. Adored by her family, they actually socially distanced from her with great care. Fans adore her as well for her feisty sense of humor and down to earth ways. While Todd made a lot of money in his life, she and Gene were just ordinary people who lived down the road. Gene never knew wealth like his surviving grandchildren, Kyle, Lindsie, Chase, Savannah, and Grayson.

The Sun UK reported that Gene passed away from cancer at the age of 77 in 2012. Actually, his death came a few years prior to the first season of Chrisley Knows Best. Over on Legacy.com, Gene’s tribute notes that he was a “Veteran of the United States Army where he served in the Korean War and earned a bronze star.” Even though Gene never featured physically on the show, the family remembered him in early episodes.

Todd Chrisley’s mom, Nanny Faye never married again after her husband passed away. But, she looked around for a bit. In fact, she set up an account on ChristianMingle.com. However, it came to nothing and the family agreed nobody could replace their dad/grandpa. At the time, fans saw her say that she hoped for someone she could chat with or just go out for dinner. Gene’s gone but never forgotten in the family. Sometimes, his grandchildren share throwback photos in remembrance of him.

The photo that Todd Chrisley shared this week, resurfaced recently. He said, “Found this today of my dad during his stint in the army, he was 16.” Plenty of fans responded to the picture. One said, “I wanna thank him for his service…I’m seeing Grayson in him. Rest with the angels Mr. Chrisley.” Another person noted, “May God continue to rest his soul ❤️ Grayson looks a lot like him!”

Grayson looks a lot like his grandfather Gene Raymond Chrisley

Actually, the likeness between Grayson and his grandfather seems almost astonishing. Many more people compared the two Chrisley men. Grayson’s still a teenager, but he’s growing up fast these days. In fact, one fan of Todd Chrisley wrote, “Oh my gosh! I thought this was Grayson!!.”

Did you know that Todd’s dad served in the army and fought in Korea? What about the likeness to Grayson? Do you think they look very similar? Sound off in the comments below.