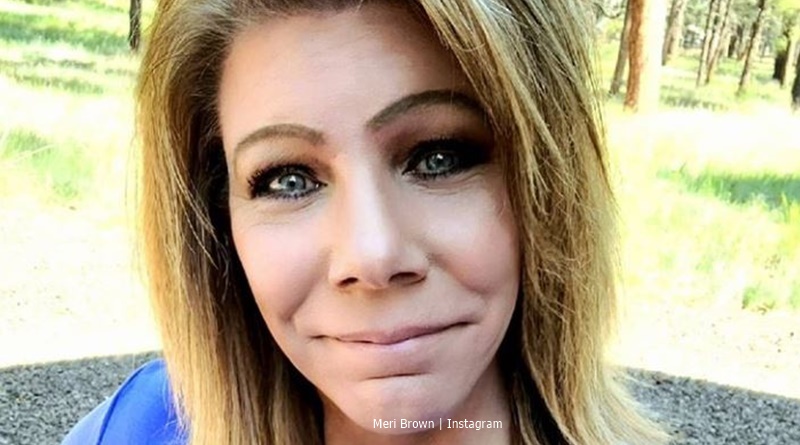 Sister Wives fans know that Kody and Meri Brown suffer some issues with their relationship. But, she seems determined to empower herself through her own business ventures. So, her message on her “Challenged Accepted” photo got a lot of love from fans. Plus, they gushed over the black and white picture that she shared with them.

On Monday, Meri shared a photo of herself. Actually, it seems she lends herself to black and white pictures as fans raved about it. She captioned it with, “To all you beautifully amazing women, YOU are strong, YOU are worth it, YOU are enough. I am honored to be in your company! Thank you @corinamettlinchicstyle for nominating me!” Actually, the original trend came to empower abused women in Turkey. As some fans believe polygamy might be abusive, she, of all the US reality TV stars probably brings the most meaning to the challenge yet.

The photo that the Sister Wives star shared really highlighted her eyes. Fans picked up on that, but they also like the message she put with it. One fan said, “Great words very inspirational just what I needed today 👏.” Another one noted, “You amaze me. Not only with your beauty on the outside, but how you stay true to yourself.” Many others commented about how they think Meri inspires them to live their dreams and be the best that they can be. Plenty of them told her that she looks simply “beautiful” in the photo.

#ChallengeAccepted To all you beautifully amazing women, YOU are strong, YOU are worth it, YOU are enough. I am honored to be in your company! Thank you @corinamettlinchicstyle for nominating me! 💙💙💙 #LivingMyWhy #BecauseICan #LoveWhatIDo #LoveWhoIAm #EmpoweredWomenEmpowerWomen #WomenSupportingWomen #FriendsSupportingFriends #BlackAndWhite #WeGotThis #Flagstaff

We reported that “Meri and Kody’s relationship was strained by her catfish scandal in the past.” Fans know that and fans saw more of it in the season that ended recently. Many fans hope she totally left Kody. But, perhaps she still remains with him because of the rest of the family. Recall, in April she said on the show that she won’t sacrifice the relationships she holds with the rest of the family. Nobody really knows if Meri plans on leaving Kody and living off her LuLaRoes and BNB earnings. But, fans love her stance on the empowerment of women.

The problems fans see on the Sister Wives show seemingly reveals some of the reality. The news came via Mykelti Brown Padron and her husband Tony. She and Tony talked about it on Twitch this weekend. While they never went into too many specifics, they indicated that not all of the drama between Meri and Kody came from TLC edits. While they suggest some editing inflames the rumors, they also admit some truth to it all.

As far as fans of Sister Wives star Meri go, they admire her resilience, whether edited by the network or not.