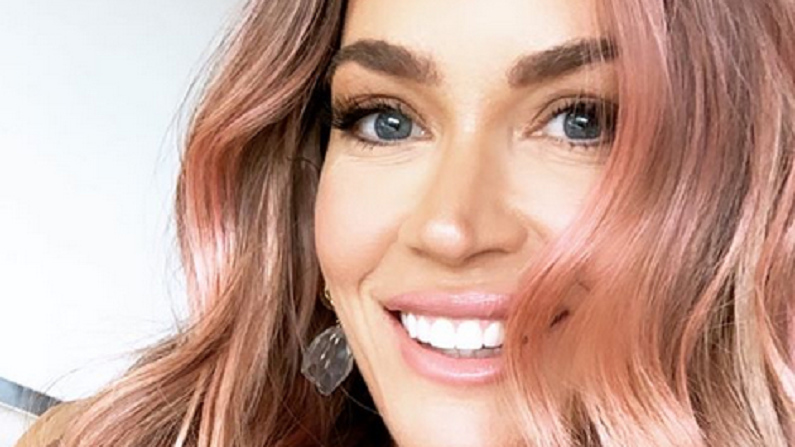 Unsurprisingly, Teddi Mellencamp believes Brandi Glanville over Denise Richards. The Real Housewives of Beverly Hills costars have been at odds throughout Season 10. Even their fathers got involved in their drama. Since Teddi is an accountability coach, she likes to keep her costars accountable for their actions.

Now, she’s feuding with Denise Richards. The women were especially at odds during the cast’s trip to Rome, Italy. Teddi decided to spill the beans during dinner, which will play out on Wednesday night’s episode. The bombshell came from Brandi Glanville, who claimed she had an alleged affair with Denise, which Denise denies.

The RHOBH star had a virtual interview with Entertainment Tonight. To no one’s surprise, Teddi Mellencamp said she believed Brandi Glanville over Denise Richards. She explained why it was appropriate for her to bring up Brandi’s allegation over dinner. The fitness fanatic felt that it was necessary to address it since it was already out there.

“I’m not wanting to do that,” Teddi admitted. “It’s a struggle for me, but once you watch the entire video, you will understand why it gets to that point. But I also need to be clear: once something is already filmed, it is out there.”

In addition to the alleged affair, Brandi accused Denise of trashing her RHOBH costars behind their backs. Brandi made the shocking revelation to Teddi and Kyle Richards at Kyle’s house shortly before their cast trip to Italy.

However, the timing of Brandi’s allegations made RHOBH viewers suspicious. Some of them slammed the fake scene. They claim that the cast filmed it after the Italy trip. One fan noticed that Brandi had her hair and clothes styled the same after the women returned home to Los Angeles. But Teddi denies that allegation.

“Oh no,” Teddi explained. “No, definitely not. Here’s the thing I can say about the show: they don’t make up things. They’re not going to have us go film pickups, that’s not who they are. They’re showing it in real time.”

Brandi also denied the claims. She said that she posts the photos on the same day she takes them. The former RHOBH star also likes to re-wear an outfit if she likes it.

Teddi Mellencamp isn’t the only one who feels the same way. Supermodel Naomi Campbell weighed in on the Brandi and Denise drama. She appeared on Andy Cohen’s Watch What Happens Live @ Home to discuss a variety of hot topics. Andy wanted to ask the so-called RHOBH superfan her thoughts on the storyline of the season. As per Too Fab, Naomi’s body language said it all.

“In this instance, I feel that Brandi is telling the truth,” Naomi said. “I didn’t feel like she was trying to say it in a gossipy way. The way she was speaking about it, because she had no intention to go inside Kyle’s house, so it came across just as maybe she’s seen surprised by someone that she thought she knew but she didn’t. And that’s happened to a lot of us.”

Andy also asked Naomi on her thoughts on new housewives Garcelle Beauvais and Sutton Stracke. She was then asked who was the most stylish. Naomi showed some love for Erika Girardi.

Whose side are you on? Do you agree with Brandi or Denise? Sound off below in the comments below.