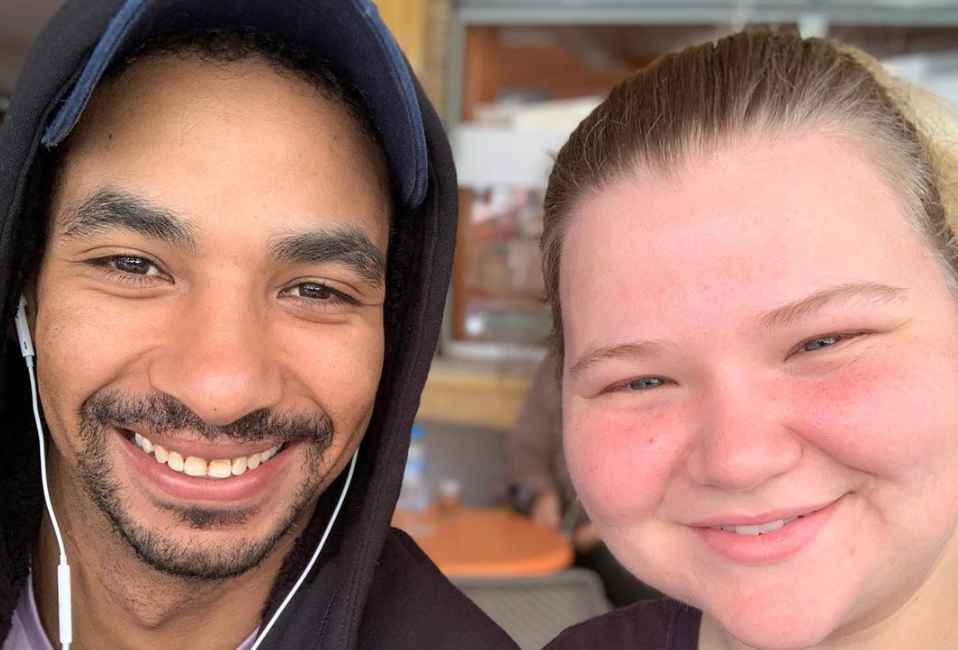 90 Day Fiancé alum Nicole Nafziger has been locked down in Morocco with fiancé Azan Tefou (real name Hassan M’Raouni) during the COVID-19 pandemic. She has been criticized for abandoning her daughter, May in America, but it sounds like she is going home soon.

In an Instagram image posted on Saturday, July 25, Nicole Nafziger opens up to say she will be heading home to her daughter, May. She writes that she will be leaving Azan Tefou behind in Morocco, after her extended stay due to the COVID-19 pandemic. As noted by In Touch, Nicole writes that she is so happy to have had this extra time with Azan and is excited about that.

Using a similar image, Nicole posts another message the following day. The 90 Day Fiancé alum says she has made every minute count with Azan until it is time to leave him again. Nicole stresses it is “me and you baby.” Nafziger writes that only they know their love story and all the hard times they have been through. Nicole tells Azan that they have come out stronger than ever before and will continue to grow together. She ends the caption by writing, “May and you are my family and my future.”

Making every minute count with you until my time to leave your side again. It me and you baby. Only we know our love story and all the hard things we’ve been through. We’ve come out stronger then we have ever been before and we’ll continue to grow together. May and you are my family and my future♥️

Nicole has been quiet on social media during her extended stay in Morocco. She traveled there to visit Azan, 28, in March this year. Shortly after her arrival, the global COVID-19 pandemic locked countries down, including Morocco. That country’s government imposed a travel ban, meaning Nicole had to choice but to hunker down with Azan.

Fans were concerned, as they knew Nicole has a five-year-old daughter, May. However, May was being cared for by Nicole’s mother, Robbalee. Since then, Robbalee has confirmed that Nicole is stuck in Morocco while she cares for May. However, since that time there have been a number of flights out of Morocco for Americans stuck abroad. When they asked Nicole why she didn’t opt to fly out in June, Nafziger explained the tickets are two to three times the price of a regular airfare.

During the almost four months Nicole has been locked down in Morocco, fans have bombarded her with comments. Many accuse Nafziger of being a “bad mom” while “abandoning” her daughter, just to be with Azan. Robbalee stood up for Nicole, stressing there has been no abandonment. She says May is getting to spend time with her grandparents while her mother is away.

Robbalee told a troll on Instagram that Nicole FaceTimes with May almost every day. She says they watch TV together, or she shows May the peppers growing in the garden. Nafziger also pointed out that Florida isn’t exactly a safe place to return to right now. However, when it is safe, Nicole looks forward to returning home.