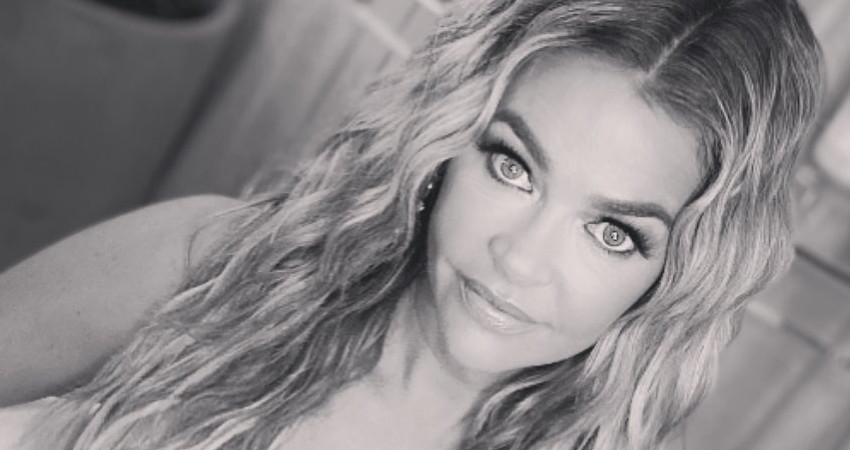 The drama is about to get real on The Real Housewives of Beverly Hills. On last week’s episode, Brandi Glanville told her side of the story. Her story is that she had an affair with Denise Richards and Denise didn’t want her husband, Aaron Phypers, to know.

Denise has denied the affair allegations several times. However, her latest denial to a fan gave new details about her initial reaction. As viewers know, the other ladies of RHOBH will soon confront Denise on-camera about the allegations and other things Brandi told them about Denise.

Or rather, things Denise allegedly said about them to Brandi.

Teddi Confronts Denise on the Next RHOBH

Last week, RHOBH viewers finally found out more details about the affair allegations. In a situation many fans found questionably convenient, Brandi spilled the secret to Kyle Richards and Teddi Mellencamp. Some fans found it sketchy that Brandi was waiting in Kim Richards’ car, with a microphone pack on,  when Kim stopped Kyle’s house. Kyle invited Brandi in.

After some prodding from Kim, the floodgates opened up. Brandi laid out how the affair happened, noting that she thought Denise had permission from her husband. However, the affair bombshell wasn’t all Brandi revealed.

Brandi told Kyle and Teddi that Denise didn’t like them, or anyone else. In fact, Brandi repeated negative things that Denise allegedly said about her RHOBH co-stars. Newbies Sutton Stracke and Garcelle Beauvais were left out of Denise’s alleged badmouthing.

Entertainment Tonight has an exclusive clip that shows more of the awkward Teddi/Denise confrontation.

So, in addition to confronting Denise about the affair allegations, the ladies are also unhappy that she was badmouthing them. However, in the clip, Denise scoffs at Brandi Glanville as a source.

Denise Says She ‘Laughed’ Off Affair Allegations at First

Earlier this week, Brandi posted an alleged text from Denise about their sleeping arrangements during her visit. Denise seemingly responded with a cryptic quote on her Instagram. The meme that the RHOBH star posted says that “time will” tell her side of the story.

One fan commented on the post saying that “Denise’s face” when Teddi confronts her in the preview is very telling. The fan feels that Denise’s reaction is proof that Brandi is telling the truth.

However, Denise jumped in the comments with a response to the fan. She wrote that she “laughed” when the other women brought up the affair allegations. The Wild Things actress thought they were “kidding.”

Denise also tells the fan that she felt “vulnerable” during the RHOBH confrontation.

Fans Gets a Clap Back After Trying to Call Denise Out

Another fan tried to call Denise out for joining a reality show if she’s “not going to be transparent.” However, Denise insists she IS being transparent, as she always has been. But she said she won’t “go along” with drama “just for a story.”

See Denise’s response to both fans below.

Tell us in the comments if you believe Brandi’s allegations of an affair with Denise?

Watch the tense confrontation on The Real Housewives of Beverly Hills, airing Wednesdays on Bravo.