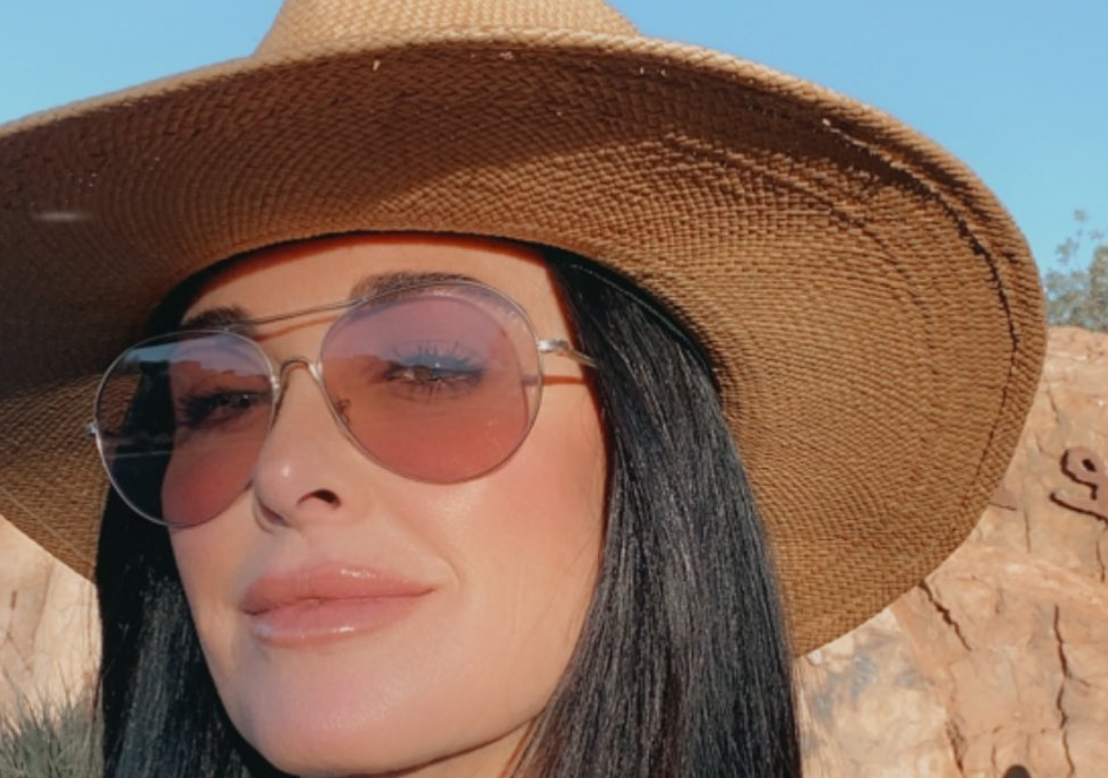 Kyle Richards recently posted a nude photo of herself via Instagram. This post was her response to a challenge she received to participate in the “Challenge Accepted” trend. The goal of this now-viral trend is for women to support other women. The challenge encourages women to celebrate themselves and the other women in their lives. Richards said she received several challenges from “many of the wonderful women” in her life. So the Real Housewives of Beverly Hills star decided to use a photo she had previously been afraid to show.

Richards had the photo in question professionally taken for her husband as Valentine’s Day present. In the portrait, she posed wearing only a black hat and stilettos using her hair, leg, and hand to cover herself. Richards said in her post, “I was nervous to take it.” Bravo TV asked Richards to join the cast of RHOBH in 2010. Richards was initially afraid to accept their offer. Because she knew the photo existed and she was afraid it would surface. Richards wrote, “I was nervous to accept doing the show because I was worried this photo would surface. I thought it was THAT risqué!! How scandalous!”

Richards married her husband Mauricio Umansky in 1996. The couple celebrated their 24th wedding anniversary in January. She commemorated the event by posting several throwback photos from their marriage. She also captioned the photos with, “We met when we were so young. How fortunate are we that have been able to grow together, side by side and not apart. When I look at our family, so full of love, I am grateful for this life we have built. Our children are a true testament of our love.”

The photo was originally only meant for her husband’s eyes, but now Richards is not afraid to share the photo anymore. Kyle continued her post by stating she is choosing to post the photo “because it DOES make me feel empowered!” Richards is from a family of women and she is proud of that. Her mother raised three daughters: Kyle, Kim Richards, and Kathy Hilton. Richards is also the mother of four girls herself: Farrah from a previous marriage and Alexia, Sophia and Portia from her marriage with Umansky.

“I am proud to come from a family of all women, fortunate to be surrounded by such amazing women in my life and to be the mother of 4 incredible women.”

She is Empowering Others

Comments of support for the photo are numerous. Because of her courage in sharing the photo, Richards has inspired others to be brave. Many fans are thanking Richards for reminding them not to be ashamed of themselves or to judge other people.