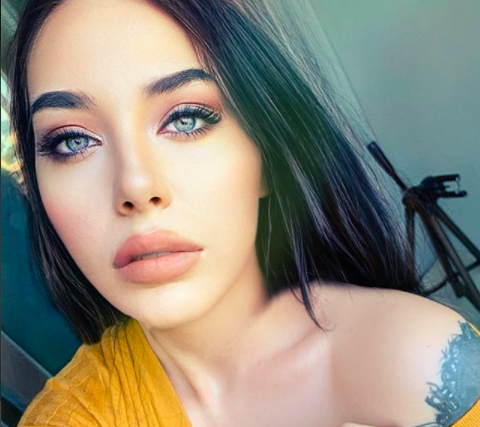 90 Day Fiancé: The Other Way star Jihoon Lee angrily left a dinner with his wife Deavan Clegg after an intense discussion. During the fight, the two struggled to understand each other due to the language barrier and this only made matters worse.

On the July 27 episode, the 90 Day Fiancé pair met up for dinner with Jihoon’s parents. And this is where things went south.

The dinner took place after Deavan moved out of their apartment in South Korea and threatened to move back to America with their children. All because Jihoon cannot stop lying about his finances.

According to InTouch Weekly, Jihoon’s father Hong Ju was the first to speak to Deavan. He used his limited English to apologize to his daughter-in-law for coming from so far away and having to stay in small guest room. He appeared to feel very bad that this is the situation she is placed in.

Deavan then proceeded to pull out her translator device for Hong Ju. Her intentions were for him to use it to communicate easier and better. Hong Ju then told the device in Korean, “We never sent you financial support. As his parents, we are sorry.” This was just the beginning of their miscommunication issues as the translator started incorrectly translating. It told Deavan that Hong Ju had said, “I’m really sorry my parent’s failure to pay that money.”

The 90 Day Fiancé star told Jihoon that it was not his parents’ responsibility to provide financial support for their family. Jihoon once again admitted to his mistakes and promised Deavan that he would take care of them now.

I haven’t slept in six days … but my goodness he makes it worth it. #koreanamerican #koreanbaby #90dayfiance #90dayfiancetheotherway #momandson #momandbaby

Deavan has moved from Utah with her daughter Drascilla and their son Taeyang to be with Jihoon. This is because Jihoon promised her he had a good job and can care for their family. However, this is the second time Deavan has moved to South Korea. The first time, she moved back home after it became clear Jihoon could not support the family.

The dinner continued with Deavan complaining that Jihoon had already said the exact same thing four months prior. Deavan then asked Jihoon why he had been putting all of his income into his mother’s bank account. Jihoon explained through the unreliable translator that he was afraid to make another mistake and waste the money. But the device translated his words to, “I’ll make that mistake, I’ll waste that money again.”

Things quickly heated up and Deavan and Jihoon began to bicker. The situation completely lost control due to the miscommunicating translator. Deavan began to think that Jihoon and his family thought their whole situation was a joke, which made her very angry. Jihoon then misunderstood Deavan and thought she was calling him a joke.

The scene ended with Jihoon storming out and telling Deavan, “Just go back to America.”

What do you think of Jihoon and Deavan communication barriers? Is there hope for their relationship? Let us know what you think in the comments below. Be sure to watch new episodes of 90 Day Fiancé: The Other Way airs on TLC Mondays at 9 p.m. ET.