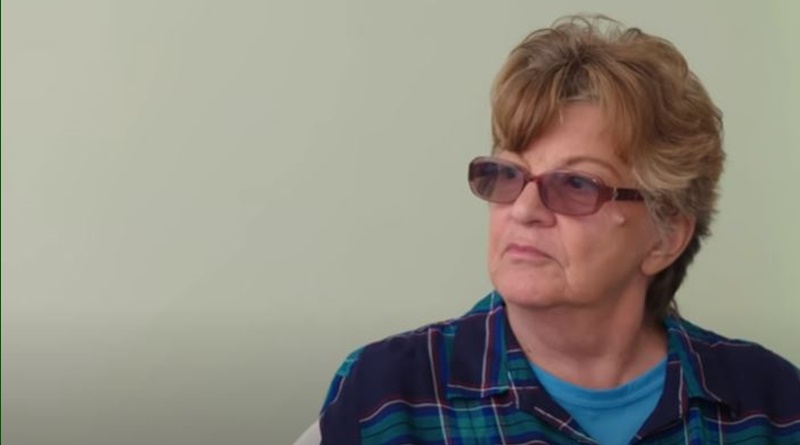 90 Day Fiance fans know that Mother Debbie, Colt’s mom, said some rather malicious things about Larissa Lima. Now, she showed her malice once again, with Jess. Fans suggest that mother Debbie wins in the ‘malice’ department. Meanwhile, it seems that Jess takes it away with grace, in comparison.

Fans seem convinced that Debbie made very sure that Colt and Jess failed in their relationship. Clearly, she totally hates the idea of any woman taking her place in his son’s life. In fact, many fans suggest that Debbie and Colt should rather appear on TLC’s sMothered.

We reported that Colt and Larissa might have made something of their lives if Debbie stayed out of it. And, with Jess, she also found a lot to be very unhappy about. Throughout the show, a horrified Debbie seemed convinced that Jess just wanted to make a baby with Colt for a green card. In fact, she even suggested that Colt should dump Jess based on her own opinion of her.

Debbie gets out the knives and stabs at Jess with malice

Taking to Instagram, Debbie posted a card that obviously related to Jess. Blogger John Yates screenshot the card and posted it alongside a comment made by Jess. In her card, Debbie wrote, “there once was an evil villain. This red-headed vixen set her eyes on her prey. She tracked him down, knowing how vulnerable he was.” Debbie then added, “Sexuality was very powerful. Her eyes remained on the prize.”

Next, in a bizarre continuation, Debbie suggests that Jess’s dream might come true, “but only if Mummy steps aside.” Next, the 90 Day Fiance mother wrote, “Will her dream come true, she asks herself my visa, my visa, my k-1 visa.” In the post that Jess shared, she sounded much more graceful. And, very puzzled by Debbie. She thanked “God” that her own family made her “proud.” Her family opened their door and went out of their way for Debbie and Colt but, people “bad-mouthed” them for that. In fact, she countered that Colt is just a scammer and Debbie “covers” for him.

It certainly seems that fans of the TV show become increasingly convinced something’s off between Colt and his mom. As one John Yates’ follower noted, “Debbie is so foul. I am being dead serious when I say that she is full on in love with her son. She views his partners as “vixens” and as threats. You could see pure jealousy on her face when he kissed Jess. What in the name of Norman Bates is f–king going on here?”

But others think Debbie gets way too vicious. One 90 Day Fiance fan noted, “So we just ignoring how Debbie said she would do everything in her power to sabotage their relationship? What kind of twisted sh-it is this?” And, another one wrote, “There’s a huge difference in grace and malice. Jess wins.”

What do you think about Debbie coming over really maliciously with her post? Do you agree it’s rather bizarre? Sound off in the comments below.