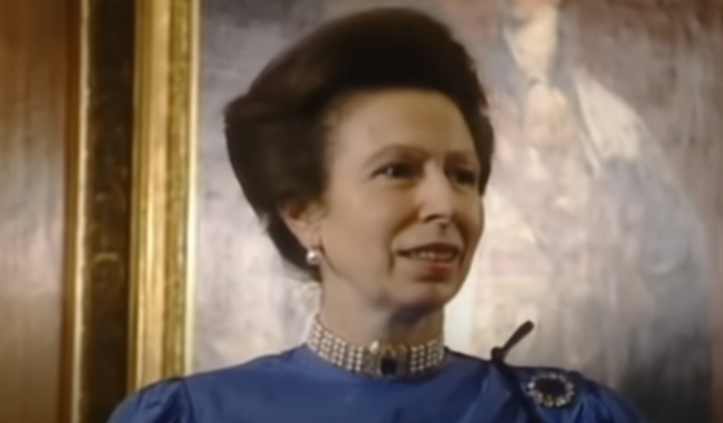 Have you seen The Crown yet? It’s a Netflix series about the lives of the British royal family. If not, we really think it should be next on your watch list. Fans were delighted to learn the show has recently been renewed for Season 6. We’re still waiting to hear what will be covered next, but producers clearly said they have no plans to cover “Megxit.”

Erin Doherty portrays a young Princess Anne on the show and recently said how difficult it was to copy the princess’s hairstyle. She revealed sometimes it can take as long as two hours.

“Literally, I would sit in the chair, people would come in and go and come in and go, and I sat still in the same place,” Erin told Town & Country. “But it was so necessary for her character because it felt like her hair and her fashion were the way that she was able to express herself in the confined, controlled environment that she grew up in.”

“Actually I read an article the other day about the, I don’t watch Netflix and The Crown, but the actress was talking about how long it took them to do their hair like I did,” the princess said in a documentary. “And I’m thinking, ‘How could you possibly take that long?’ I mean, it takes me 10 or 15 minutes.”

Like most of us, Princess Anne has been quarantining at home and keeping busy with hobbies and activities.

“It is frustrating, but it’s not hard here,” the princess said. “The idea of being stuck in a block of flats with small children, I can’t imagine how difficult that would be.”

Princess Anne, the only daughter of Queen Elizabeth and Prince Phillip, turns 70 next month. ITV is making a documentary to commemorate the occasion.

She has two grown children with her ex-husband, Zara Tindall and Peter Phillips. The princess married Mark Phillips in 1973 and they divorced in 1992. She later married Sir Timothy Laurence that same year. So far, Zara, Peter, and Sir Timothy are expected to give interviews in the upcoming documentary.

The filmmakers followed Princess Anne around for a year in order for fans to get a glimpse of her life.

According to the press release, fans will get to see “how she relaxes with her children, her grandchildren and her animals at her Gloucestershire estate while Sir Tim reflects on a shared love of the sea and much else.”

You can be sure fans of The Crown will be tuning in. Will you?

Make sure to follow TV Shows Ace on social media if you haven’t already. Check back with us to hear all the latest celebrity and television news.