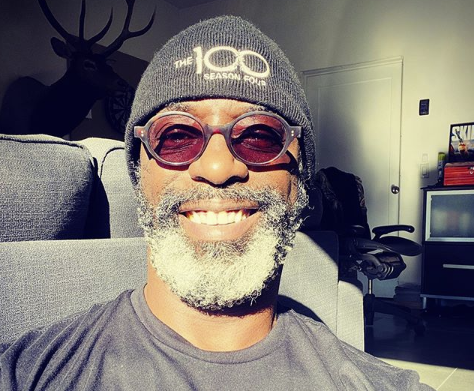 Most of us probably remember Isaiah Washington from his role on Grey’s Anatomy. He played Dr. Preston Burke from 2005-2007 and reprised his role one last time when Sandra Oh (Dr. Cristina Yang) left the show. Show creator Shonda Rhimes fired Washington after he used a homophobic slur in reference to his co-star, T.R. Knight (Dr. George O’Malley). He also reportedly repeated the slurs at the Golden Globes. Washington apologized, but still has trouble regaining the spotlight. He refers to this as the “media blackout.”

A New Adventure for Isaiah Washington

However, Isaiah Washington is back and wants to share his culinary talents with the world. You can catch Isaiah Washington: Kitchen Talk on Fox News’s streaming service, Fox Nation. The actor aims to create a dialogue between different groups of people while enjoying a good meal.

“Food carries culture,” Washington says in an interview with Yahoo! Entertainment. “Kitchen Talk is really … my answer to this very sick town wanting to attack me with a false narrative just because I supported the president and the First Step Act.”

In addition to the homophobic comments, Washington has also come under fire for his support for President Trump. He has openly supported the president’s actions, as shown in this tweet:

Washington also adds his goal with the show is to create an “anti-Hollywood … where we can get it right.” You can catch episodes of Kitchen Talk now on Fox Nation.

The Future of Grey’s Anatomy

Even though Rhimes fired Washington from Grey’s Anatomy, he is still thankful for the time he spent there.

“We literally had to be thieves in the night to get truth, integrity and decency through that show, even battling with other producers and writers who just didn’t get the diversity of thought,” the actor says of his time on the show.

Washington’s character, Dr. Burke, had a very dramatic romance with fellow heart surgeon, Dr. Yang. Both characters have been absent from the show for several seasons, and we have a new cast to entertain us now.

Production on Season 17 is postponed indefinitely due to the pandemic, so we can’t be exactly sure when it will return. However, executive producer Krista Vernoff promised the new season will deal with Coronavirus.

“We’re going to address this pandemic for sure,” Vernoff says. “There’s no way to be a long-running medical show and not do the medical story of our lifetimes.”

Keep checking back with TV Shows Ace. We’ll be the first ones to let you know when we have any more news about Grey’s Anatomy. In the meantime, head over to Fox Nation and tune in to Isaiah Washington: Kitchen Talk. If you’ve already seen it, let us know what you thought. We always love to hear from readers.