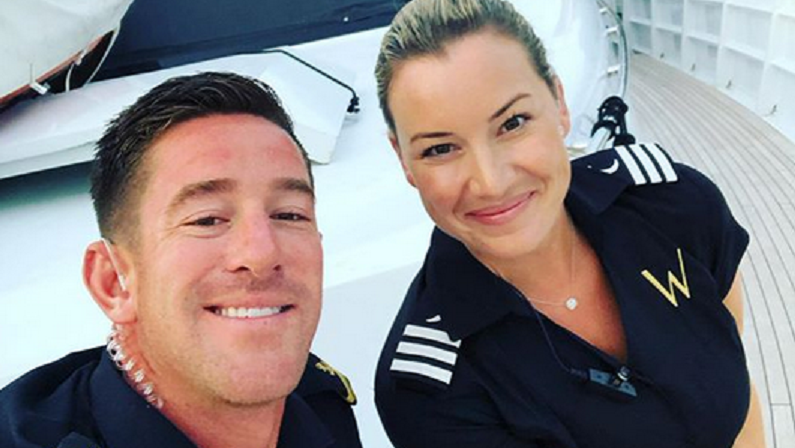 Below Deck Med alum Peter Hunziker apologized for his racist post. He returned to social media on Monday, July 27. Peter previously had his Instagram profile set to private. Six weeks ago, Bravo and production company 51 Minds fired him for sharing a racist and misogynistic meme on social media.

He made his Instagram public and posted an apology. In his latest post, Peter had a realization about the meme he shared. At first, he thought it was a joke that someone sent him. But he claims to have learned a lot from his actions. Read on to see what Peter has to say about his firing.

On Monday, Peter Hunziker made his return to Instagram in a big way. He posted a message with his Instagram followers, apologizing for the racist and misogynistic meme he posted on Instagram Stories. The meme posted back in April showed a Black woman chained up and in a suggestive position. At first, Pete defended his use of the meme, but then removed it from his Instagram Stories.

“A little over 3 months ago someone sent me a meme on social media and I thoughtlessly reposted it,” Peter wrote, as per Us Weekly. “I realize how painful the imagery and symbolism is and, upon deeper consideration, I realize that the implicit bias that exists in the brief text written in the meme is offensive.”

In his post, Peter said that he has “always fully supported equal rights and equal opportunities for ALL people.” He also apologized to those “I have hurt and offended.” He also gave his followers an important lesson: “always think before you post.”

Below Deck Med alum speaks out about his edit

As TV Shows Ace previously reported, Peter Hunziker spoke out about his firing. He feels that he got a bad edit on Below Deck Med. During his interview with Bravo Confessionals, Peter shared his thoughts on his awkward encounter with Christine “Bugsy” Drake.

“I was just being silly,” Peter explained. “I think they just didn’t know who I was. It’s like I’m a very silly person and I can be very professional. I just kind of brought ‘Silly Pete.’ And I don’t think I have too big of an ego. I just know how everything operates and gets done.”

The former lead deckhand also said that he put up a front whenever the camera was around. He enjoyed the attention and wanted to put on his own show.

But he quickly learned that “it’s not good to not have a filter.” As for calling bosun Malia White “sweetheart,” Peter argued that he’s a country boy and that’s how he was raised.

“I don’t know, it’s like a southern thing,” the former Bravo star explained. “I didn’t really realize or see it as disrespect. So I was kind of confused. And misunderstood too.”

Is Natasha Parker Open To Being ‘The Bachelorette’ After ‘BIP’ Drama?
Why Kim Kardashian Claims She Is Moving Out Of Her $60M Mansion
‘Y&R’ HUGE Spoilers: Victoria Is On To Ashland, Wedding Day Fail?
‘The Bachelorette’ Alum Bennett Jordan Found New Love, Who Is It?
Amy King Wishes To Save Abused Children After Cousin Josh Duggar’s Arrest