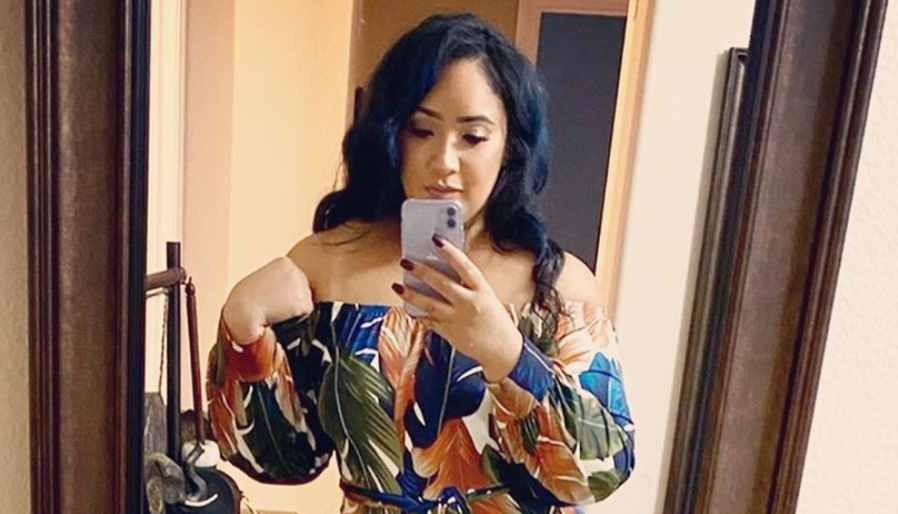 This article contains spoilers from the Season 2 finale of sMothered, which aired on Sunday, July 26.

During the recent season finale of sMothered, Angelica reveals that she is expecting a baby. This is a big surprise for fans. Due to production time, she and her fiance Jason are now parents.

On June 10, Jason and Angelica welcomed their baby girl to the world. They named her Amara Jael.

Angelica’s mom, Sunhe, chose the baby’s first name. In an interview with The New York Post, Angelica explains, “I know she wanted to have an A for me — Angelica — and a J for [the baby’s father] Jason. We were just going through names and she liked Amara. We didn’t want something that was too common or too unique so it would be too weird. It means eternal or shooting star in Arabic.”

The baby was born earlier than expected, so she weighed just 4lb 2oz. She was 18in long at birth.

Already, Sunhe has decided that she wants to be called “Gamma.”

On Angelica’s Instagram page, she shared an update, revealing the baby news to her followers. She says that motherhood is her “greatest accomplishment.” She shared a few photos along with the update. In the post, the new mom adds that the baby is healthy and is now at home. Angelica doesn’t say when the baby came home from the hospital. But since she was born early, she likely had to spend a little bit of time there.

Becoming a mother is by far my greatest accomplishment in this life♥️♥️♥️ We are so blessed 🌸Amara Jael🌸 is healthy & at home with us 🙏🏽🙏🏽🙏🏽 Thank you to everyone who has reached out, y’all are too kind💕 Stay blessed ✝️

On their social media platforms, TLC revealed Angelica’s exciting news. They shared a video clip of the little family. Angelica spoke with TLC about Amara’s early arrival. She says, “It was a little upsetting…you think you have all this time, and then all of a sudden you don’t have any more time, so nothing was ready.”

Sunhe adds that she was aware the baby could come early, so she wasn’t as surprised as Angelica was. Nonetheless, the little family is thrilled to welcome its newest member.

In the Instagram comments of TLC’s post, sMothered fans are weighing in. Most of them are leaving their congratulations to Angelica and Jason. Others are talking about the possibility of a close mother-daughter relationship. One asks Angelica not to bathe with her baby when she gets older. Fortunately, the vast majority of the comments are very positive.

OMG! #sMothered's Angelica is a Mama. 😍 Click #linkinbio for all the info.

So, are you happy to hear the news about Angelica and Jason’s baby? Share your thoughts in the comments below.