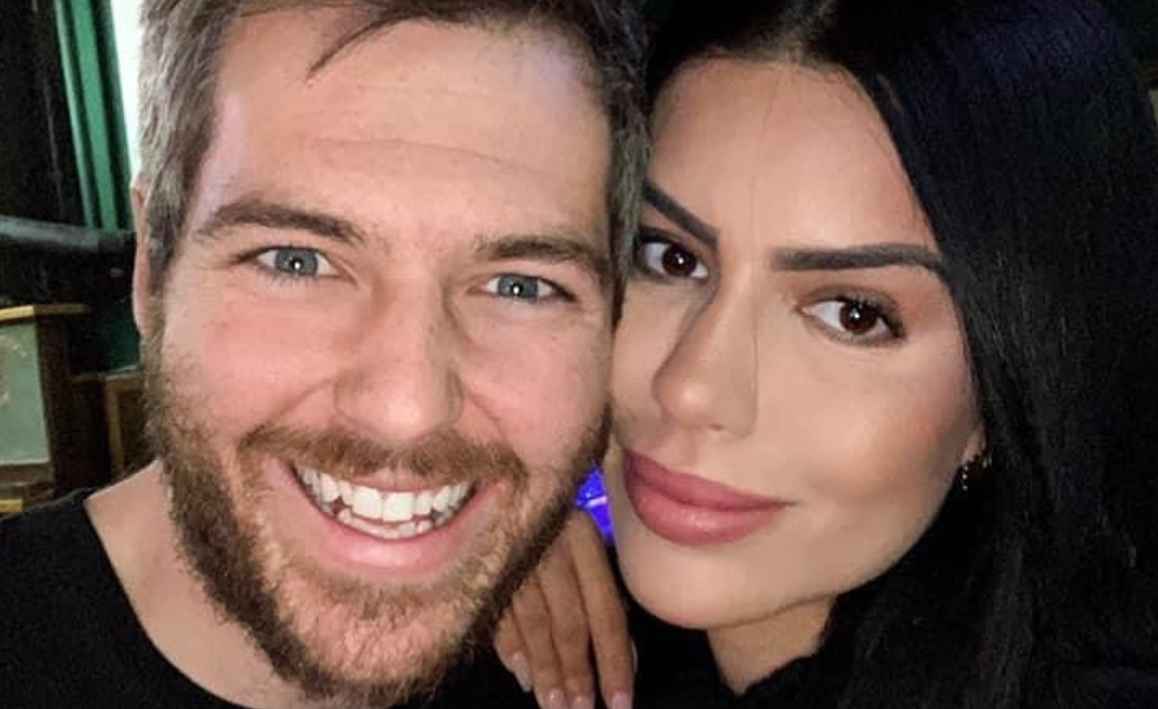 After 90 Day Fiancé star Larissa Dos Santos Lima is kicked out of her friend Carmen’s home, she moves in with Eric Nicholls. After this, she finds old texts on his phone from another woman. These texts date from the time Larissa and Eric were broken up. The Brazilian reality star makes this discovery just as their on-and-off relationship was making a new start.

Larissa decides to give Eric a second chance after being split from him for nine weeks. When her friend Carmen finds out she is going back to Eric, she tells Larissa to leave her home. This left her potentially homeless and she contacts Eric. Larissa explains to him that Carmen doesn’t want to be related to him and she has nowhere to go.

Eric invites her to stay with him and his roommate. Larissa has found it difficult to choose between her friend and Eric, but decides to move in with him. However, in the July 26 episode of 90 Day Fiancé: Happily Ever After? Larissa opens up about the rekindled romance between her and Eric. She admits that what she found could cause a rift between them.

After having settled in at Eric’s place for a few days, the TLC reality star decides to look through Eric’s phone without him knowing. This is not a good idea in any circumstance, and it turns out Larissa finds texts from a woman Eric had been talking to after they broke up.

The woman’s name is Natalie and some of the messages mentioned that she was a “bad mother.” Another message claimed the woman didn’t take showers. Larissa makes up her mind to contact Natalie to “find out the truth.”

Calling Eric a snake, Natalie tells Larissa he has said horrible things about her and her character. He has also told her intimate details about himself and Larissa. Natalie mentions that Eric has spoken to Larissa’s ex-husband, Colt Johnson to allegedly share their past hookup details. In her confessional, Larissa says the fact he spoke badly about her to a stranger proves he has no respect for her. She tells Natalie that she doesn’t believe she can trust Eric again.

However, as 90 Day Fiancé: Happily Ever After? is filmed in advance, things have since changed. Larissa has gone public about Eric again on her Instagram account.

It was 9 weeks that @ericjosephnichols and I were not together last fall. In that time, I reflected on my goals, I even dated a bit. The decision for both Eric and I to get back together was not decided in one dinner together. We talked about how we disappointed eachother, and we forgave. That was the first step. The second step was admitting to one another that we still cared. The third step was discussing what we wanted to do different this time around, and to not repeat past mistakes. I had a good two months of self reflection, but we were drawn back to one another. Just as so many couple's marry, separate, get back, separate again. For everyone, there is a unique love story. I do not know the future, but I know what I want. I love my current relationship, I'm happy. Love is not just saying beautiful words you think the other wants to hear. Love is forgiveness and loyalty. It may take time, but when you get there, the journey was worth it. 💕 #90dayfiance

As noted by In Touch, in March, they said they were going strong again and more recently, Larissa tells her fans why she decided to give Eric another chance. On July 19, she writes that she and Eric want to do things differently this time around. She says they don’t want to make the same mistakes and that they still care for each other.

No doubt, there is more to this story that currently meets the eye, but fans are sure to find out more soon! Watch 90 Day Fiancé: Happily Ever After?  on TLC on Sundays at 8 pm ET.