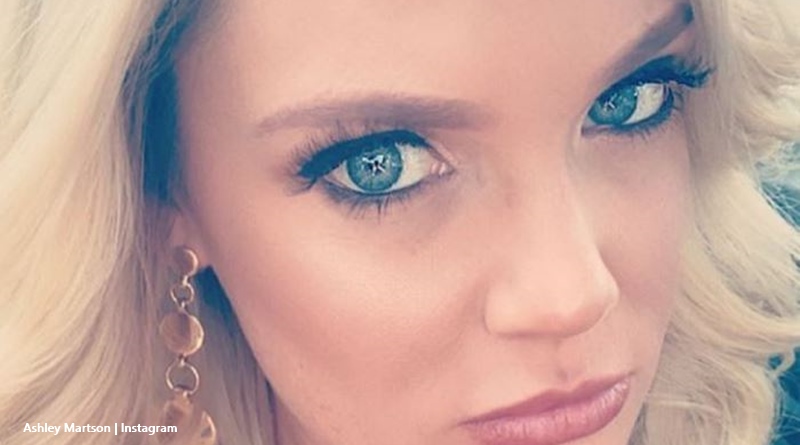 90 Day Fiance alum, Ashley Martson Smith told her followers that she went back to school. Back in June, she mentioned she studied again and even got fangirled during her first class. Later, it emerged that she might study something to do with beauty. But, Ashley noted that she studied way more than just that. In fact, she studied four other areas of specialization.

90 Day Fiance – Ashley slams a troll about her beauty class

We reported that Ashley studies at the moment. Previously, fans know she worked as a “dental hygiene assistant at one stage.” When she shared her new course, she seemed a bit taken aback that on the first day someone “fangirled her.” But now, it seems she takes some flak from trolls. Angrily, she took to Instagram Stories this weekend and slammed someone who put her down. That’s when it emerged that she studied a lot of areas of specialization.

It sounds like someone thought she attended college when she signed up for her new course. She mentioned that she studies beauty in the newest IG Story. Back in June, when The Blast first reported that she went back to school, she never mentioned what she studied. But, fans since heard that she may start a business reviving around beauty. Actually, she and Jay seem to have moved on from reality TV. In fact, Jay Smith recently opened his own tattoo parlor.

…and just like that @jay_smith_ja is a business owner! So proud of you and all the hard work you have already put in! Tattoo shop on the way in York, PA! Contact either of us if you are local and are looking for a job! Two businesses coming in August, hang on babe this is gonna be a wild ride!

On her Instagram card, Ashley said that she never said she went to “college.” She noted that she said she went back to “school.” Ashley said that someone sent her a message and slapped at her studies. Allegedly they said that studying “beauty’s” for “losers.” After telling the troll what they could do with themselves, she pointed out that no studies should be considered something losers do. Next, she mentioned that school studies cover a multitude of licenses and areas of expertise.

The 90 Day Fiance alum added some examples of things people way study via school. She listed four of those as: 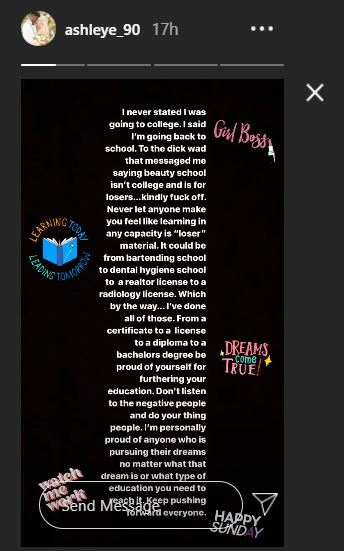 Ashley also gave other examples that folk elect to study. These include things like a license as “a diplomat.” Or, even a “bachelor’s degree.” In fact, she encouraged her followers to take the opportunity to study. Actually, instead of knocking people, those who study should feel proud of themselves. She also advised people who study not to accept “negativity.” To her, the school or subject really makes no difference. Just feel “proud of pursuing…dreams,” Ashley wrote.

Partnering with Pout By dander makes Ashley feel proud. The 90 Day Fiance star shared a photo on June 19. She wrote, “And just like that we’re back In production. So much work went into this and me and @dolceaestheticsny cannot wait to launch!” Plenty of fans congratulated her efforts.

What do you think of all those different areas of specialization that Ashley Martson Smith studied? Sound off in the comments below.