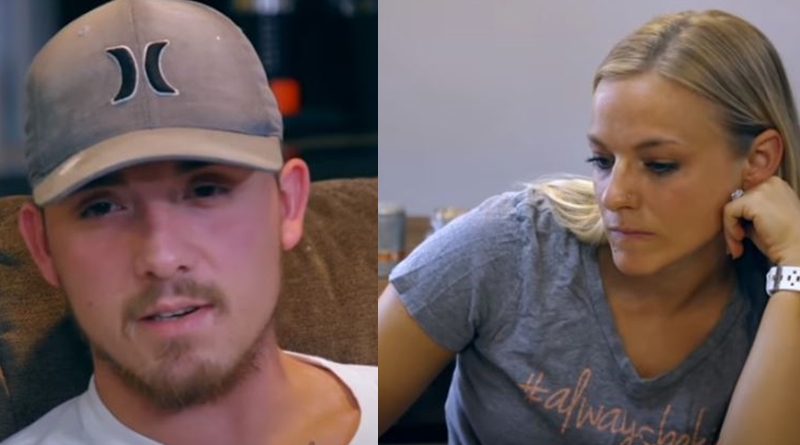 Teen Mom OG fans heard that Mackenzie McKee made much drama about Josh and her cousin back in May. Initially, she said that Josh cheated on her with her cousin. But, she later retracted that. Now it turns out that she confronted her cousin and had things out with her. Maybe that’s why she later reversed her stance on Josh cheating as such.

After deleting the post where she claimed Josh cheated on her with her cousin, Mackenzie then returned and told people to stay away from her family. Probably because fans of MTV searched the Internet looking for a name. She said that Josh never actually slipped between the sheets with her cousin. Nevertheless, she still felt angry. We reported that she told a fan, “I do think an emotional affair is a thing. I do not go to men for marital advice. Unless a counselor.”

This week, InTouch Weekly reported a bit more about it. They noted that the Teen Mom OG star opened up a lot about what happened on The Domenick Nati Show on Thursday, July 23. It came out that her cousin really is a lot older than them. So, fans sort of wonder how she jumped to the conclusion that Josh actually slept with her. It came after she found lots of calls and texts made to her cousin by Josh. Instead of thinking it through, she said that she decided to go public with it.

She said, “So instantly, I’m like, ‘This is an affair. I’m writing a status, I’m destroying his name, I’m gonna destroy her name.'” Actually, many people slammed her for going public in the first place. They felt that sort of thing should be dealt with privately and not on social media. It seems that she realized her error as her cousin talked to her. She told Mackenzie, “‘It’s not what it looks like. … I would never do that to you.'”

Well, it turned out they never cheated, but it still puts the Teen Mom man in a rather poor light. On the show, Mackenzie alleged that “Josh was the middle-man in her cousin’s drug deals,” according to Domenick Nati. But they also spent time talking about Josh and Mackenzie’s marital issues, it seems. And, the fact they kept their conversations secret really rankled with the Teen Mom OG star.

Mackenzie doesn’t believe they actually got physically involved with each other. Nevertheless, she said, “to me, that’s not OK. Do I think they touched? No. … But it was wrong. It was wrong, and it was not OK, and it hurt me a lot.”

What do you think about the confrontation that Mackenzie McKee had with her cousin? Are you surprised that Josh acted as a middleman for drug deals? Sound off in the comments below.

Brian Austin Green Celebrates His Son’s Birthday Ahead Of ‘DWTS’
JoJo Siwa And Jenna Johnson Tie For First On ‘DWTS’ Season 30
Courtney Waldrop’s SPECIAL Sign From God, Life Has Never Been The Same
Savannah Chrisley & Nic Kerdiles CONFIRM They Are Living Together?!
‘Bull’ Season 6: Release Date, Spoilers, & What To Expect