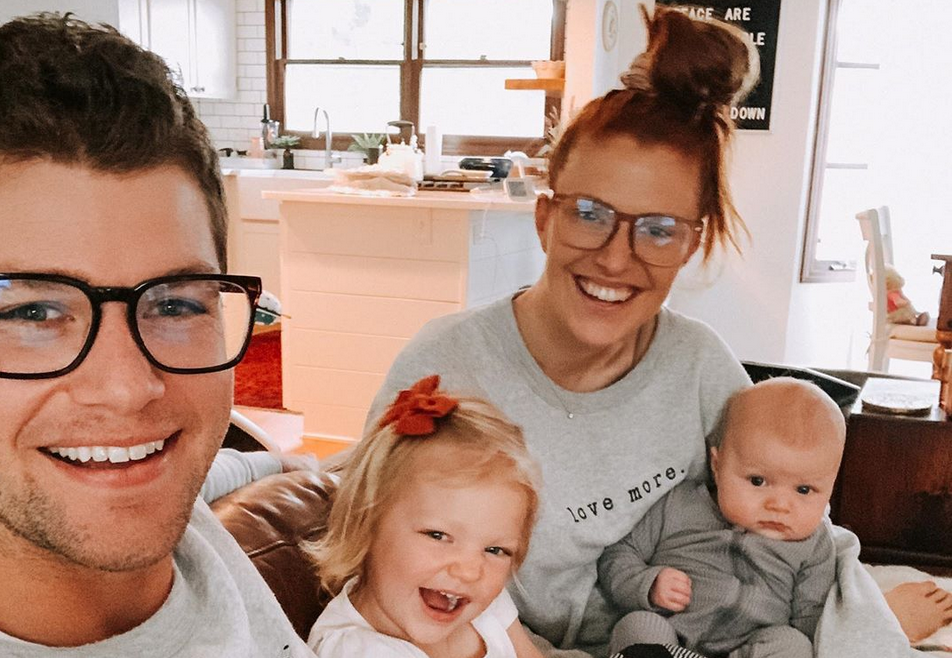 As TV Shows Ace reports, Little People, Big World alums Jeremy and Audrey Roloff recently went camping. After the trip, Audrey documented the trip via Instagram stories. The LPBW couple took their two kids, Ember, 2, and Bode, 6 months along. Plus, another family with two children went with them.

In the photos and video clips that Audrey shares, the family is enjoying the great outdoors. They went on a hike and spent some time near the water.

Because the camping photos that Audrey shared are on her Instagram stories, viewers cannot publicly comment. But, in another one of her stories, it’s revealed that several people have mentioned the lack of life jackets while the family is in a small boat. It’s likely that her followers replied directly to her Instagram stories. So, Audrey can see those messages.

As of right now, the LPBW mom hasn’t added any photos from the camping trip to her main Instagram feed. If she decides to do that, it’s possible that she will face further criticism about the life jackets or about social distancing.

Audrey doesn’t reveal what the messages specifically say. But, it’s safe to say that she’s facing some criticism because of it.

In response to the comments about the family not wearing life jackets, she put up another Instagram story. She shares a snap of the family in a boat. She writes, “Everyone coming AT ME about life jackets this little stream is only a foot deep and they stayed here the whole time. Be calm.”

Aside from that, she didn’t make any further comments about the backlash she faced. But, this goes to show that Audrey isn’t afraid to defend herself and her family. 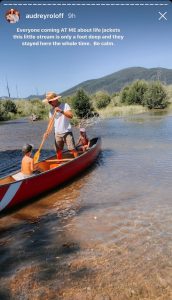 This isn’t the first time that Audrey has gotten backlash on her social media page. Because she has 1.3 million followers, she has many eyes on the different photos and videos she posts. Most recently, Audrey took the heat for her lack of social distancing. She also received negative feedback due to a recent brand partnership.

Nonetheless, she continues to document her family’s life. Many LPBW fans love following along and keeping up with Jeremy, Audrey, and the kids since they’re no longer on the family’s show.

So, what do you think of Audrey’s response to the critics? Share your thoughts below.

Hallmark’s ‘Crashing Through The Snow’ Is New Christmas In July Movie
Amy Roloff Is Excited About Her Wedding, But Is Chris Marek?
Braunwyn Windham-Burke Is Dating This ‘RHOC’ Star
Savannah Chrisley Puts Tiny Waist & Toned Abdomen On Display
See Pictures Of Josh & Anna Duggar Like You’ve Never Seen Them Before