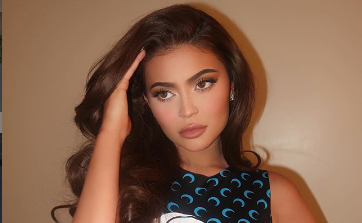 Celebrities often treat their children to expensive luxury gifts. Recently, rapper Offset gave his toddler a mini Birkin bag worth thousands of dollars. Kylie Jenner is no exception when it comes to spoiling her two-year-old Stormi.

In a recent video, Kylie revealed Stormi loves Frozen 2. The first time they watched it she got shushed by the little girl during the movie. When it came time to get a pony, it had to be named after the movie.

Kylie has given her daughter lots of Frozen items including a motorcycle to add to the collection of mini-cars the two-year-old already has. Her birthday party had a Frozen theme. Like most toddlers, she’s watched the film multiple times.

How Much Did The Pony Cost Kylie Jenner?

Kylie Jenner spared no expense when it came to getting a new pet for her baby girl. The gray thoroughbred pony cost $200,000.00. The breeder Stal Wilten posted about it on Instagram saying, “#ThrowbackThursday goes to the most famous pony of them all, Frozen. We got news he has landed in L.A. and living the life with a sweet little girl. Her parents made sure their daughter had the most precious pony out there.”

Us Weekly reported Kylie also paid between $7000 and $10,000 to fly the pony from the Netherlands. It will spend its time in a barn near Jenner’s home in Calabasas, CA as soon as it has quarantined for fourteen days. Recently, Kylie shared a snap of Stormi sitting with a Louis Vuitton bag in all white. She captioned it, “coolest baby to ever do ittt.” Many fans showed love for the picture with one fan saying Stormi is, “an icon.” Stormi already has a lot of fans to be so young and it’s clear she’s the apple of both her parents’ eyes.

to see the world through her eyes >

Kylie Jenner recently took Stormi on a vacation in Montecito, CA. In a picture with her daughter in front of a desert sunset, Kylie gave the sweet two-year-old a kiss. She captioned the picture, “to see the world through her eyes.”

Along for the trip was her ex and Stormi’s dad, Travis Scott. They reportedly shared a hotel room together. Despite this, sources say they aren’t putting any pressure on themselves to get back together. They have committed to raising Stormi together whether they’re together or not.

The two separated in October of 2019 but have remained friends. A source said, “Kylie is at a place in her life where she’s having fun and is not worried about what her future romantic relationship with Travis looks like.” The two have been spotted out together quite a bit, but sources say they’re just figuring it all out. Fans love watching the little family through social media, and Stormi brings joy to them all.