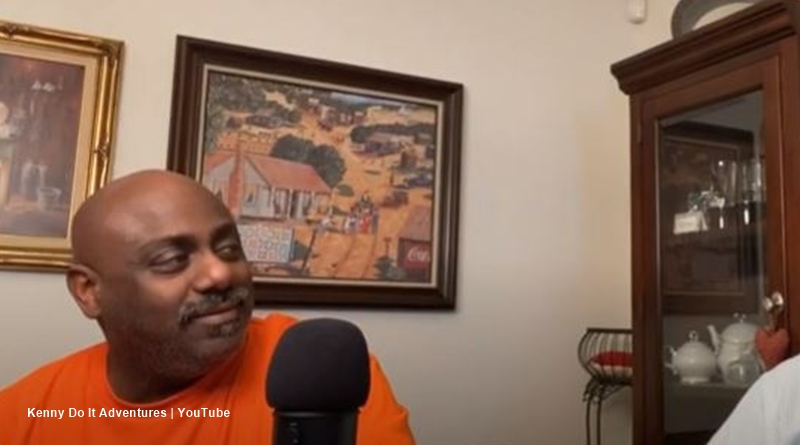 Storage Wars fans know that Barry Wiess left to star in his own show, Barry’d Treasure, and Storage Wars: Barry Strikes Back, with Kenny Crossley. But it seems forever since the original show last aired and people miss the cast. Some of them keep themselves busy during the hiatus. And, so does his Barry’s old pal Kenny Crossley. Crossley quickly became a fan favorite of the A&E show since he joined the cast permanently in season 10. So, what’s he up to at the moment?

While the show last ended in Season 12, Kenny didn’t just sit and twiddle his thumbs. He still gets busy on YouTube with Kenny Do It Adventures. Of course, he still talks about food and cooking. But he also brings other things. Last week, he shared about a “helicopter fan that D gave him and the damage…to his home.” He also talked about various “the Bill Gates microchip conspiracy.” That video runs for nearly an hour, so it’s good value, his fans think.

But, Looper.com also spoke about how busy he is with his music “side hustle.” They reported that over on Airbit, his profile reveals Kenny’s involvement with music. And, to goes back awhile. Apparently, Kenny makes “music for himself and others.” He also does some “hip-hop” stuff using the pseudonym “Dualpersonality.” Sometimes, he records as “Kennydoit,” and produces “music for other artists, such as rapper Lil Daddy the Don.” The Storage Wars star also spends a lot of time sharing his friends’ stuff as well.

Kenny’s weekly podcast with his buddy D brings a sort of “eavesdropping on two buddies hanging out.” There, they talk random things. On Facebook, regular videos still come out there. He also started a few Instagram pages, but they all look like they still need some development. There’s @kennydoitmusicgroup with one post up about “Blunt to the brain hot new single.’ Then, he opened one called, Wordwidegarage sale. But there are no posts yet.

However, fans of the man find occasional stuff on his Ken Crossley A&E Storage Wars account on Instagram. He posted up there on June 16. There, fans love that he’s active on social media. One fan wrote, “You funny as can be my man you made storage wars funny when you came on.”Another one commented, “Hey brother so happy to see you again and wow it’s really extremely truly lovely fully soooooooooooooooooooooooooooooooooooooooooooooooo coolest 💪🏻🔒😻🖌️🎨.”

So many fans say they miss him on Storage Wars and they hope he returns. And, that looks on the cards for some time this year. However, the coronavirus might still delay things. The renewal of Season 13 came in November last year before the virus. The Cinemnaholic originally suggested the show comes out mid to late 2o20.

What do you think about Kenny Crossley keeping himself so busy? Did you know he’s also into music? Sound off in the comments below.