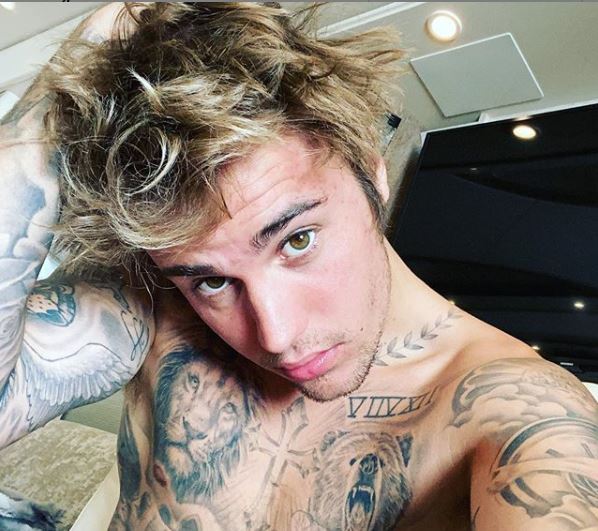 Kanye West is going through a bit of a hard time right now. Luckily, his friends have been reaching out to him. Us Weekly shared that Justin Bieber recently went to Wyoming to see Kanye and check in on him. He is staying in the ranch that he shares with wife Kim Kardashian, but she is not there.

Kanye shared a picture with Justin letting everyone know he was there. Along with it he said, “DD & JB discussing the new spray foam wall prototypes on the YZY campus.” Kanye has been sharing a lot lately and then deleting it later. A few things he may have taken too far.

It is great to see Justin out there with him at this time. Kanye even went off on his mother-in-law Kris Jenner on Twitter recently. He is not very happy with anyone that feels like he needs a bit of mental health assistance.

In now-deleted tweets, he talked about how he wasn’t happy. Kanye said “Kim was trying to fly to Wyoming with a doctor to lock me up like on the movie Get Out because I cried about saving my daughter’s life yesterday. They tried to fly in with 2 doctors to 51/50 me. I been trying to get divorced since Kim met with Meek [Mill] at the Warldolf [sic] for ‘prison reform.'” One reply to his post made it clear that he may not get all of the votes he hopes for. It said, “Kanye, not everyone has cancelled you cause we recognize your gifts but Please STOP. There are young impressionable minds out there and this election is too important to make a joke or a PR stunt out of it. STOP. PLEASE. Do it for us black women. Do it for your beautiful mother.”

Kanye did admit that they thought about terminating Kim’s pregnancy with North West. She is their oldest daughter and he made it very clear he was glad that they didn’t make that choice.

At this time, Kanye West still says that he is running for President. A tweet today says he thinks he can get more votes than Joe Biden simply by people writing in his name.

I CAN BEAT BIDEN OFF OF WRITE INS #2020VISION

A lot of people thought that Kanye wouldn’t really run for President. The thing is he isn’t holding back and he is still putting the word out there that he wants to win. His campaign is a bit different than what everyone is used to seeing though.

For now, it doesn’t seem like Kanye West is getting the mental help many think he needs. Hopefully, he will end up doing that soon.