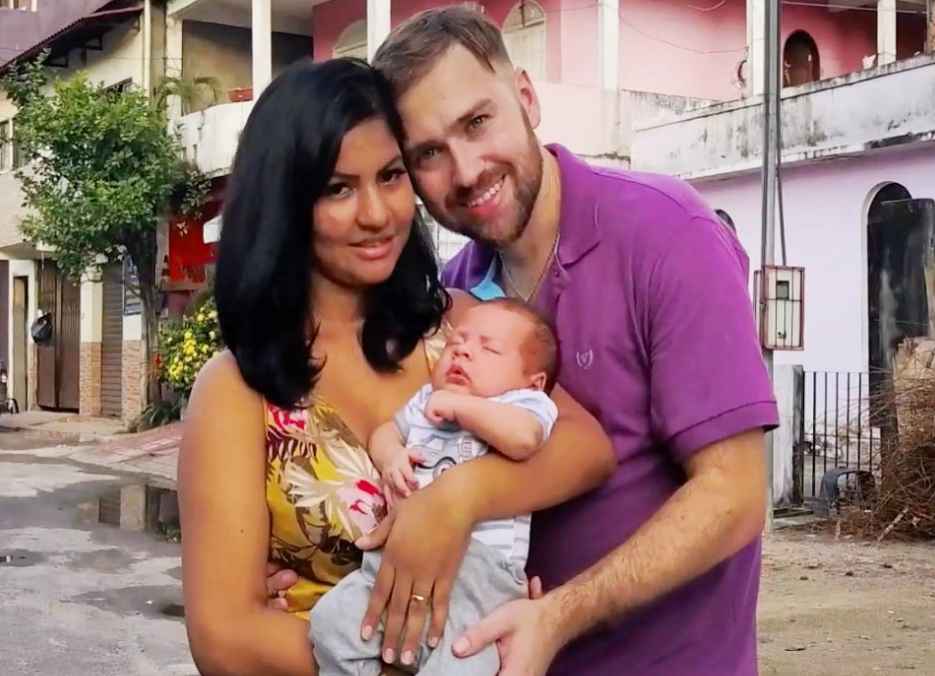 After Karine finally decided to move to the U.S. from Brazil, things haven’t been easy for the 90 Day Fiancé star and her husband Paul. With a new baby, she wants a decent home, but the places Paul has shown her so far and not suitable. Now Paul thinks he has found the perfect home for their finances and hopes Karine will think so too.

Paul, 36, and Karine, 24, originally met online and had a long-distance relationship before he traveled to Brazil. They eventually married in November 2017. They have had their ups and downs along the way and split in November. After they decided to try again, Paul suggests they move to America as he can’t find a job in Brazil. This has led to even more problems for the couple and he can’t seem to do anything right.

It is rarely easy moving to a new country, and after Karine decides to move from Brazil to this U.S., she is struggling. Last week they went house hunting, but Karine was shocked by the available choices. One was a broken-down home with basically one room and another was a small trailer. As they have a little baby, neither of these options was any good for Karine. Also, each home is too hot for her.

Paul and Karine have money issues and there is little available they can afford. Now Paul believes he may have found a home that Karine won’t hate. Yahoo Entertainment has published an exclusive clip released by ET. In it, Paul explains that Karine hasn’t seen this home yet, but he hopes she won’t hate it.

Paul goes on to say that a house in the trailer park has become vacant and he decided to snap it up before anyone else did. There is so little else available to the 90 Day Fiancé couple!

Paul moves into their new home

The 90 Day Fiancé star is now in the process of moving into the home with his dogs, prior to Karine’s arrival. The TLC reality star describes it as a studio home, saying everything is just one big room. Paul says it is really small, but he believes it is the best affordable home Karine will be prepared to accept.

Paul's trying his hardest to make sure Karine is happy in America…will this new house do the trick? #90DayFiance

However, as Paul tries to install an air conditioner, he also has other problems. He finds out the fridge is moldy and smells. The 90 Day Fiancé star then realizes he needs to get a mattress. At this stage, he acknowledges he is under a lot of pressure.

The TLC reality star explains he has a lot of pressure to try and ensure Karine is satisfied in the U.S. He says they can’t afford to carry on living in a hotel. Paul says he really hopes Karine likes the home, otherwise, she will want to return to Brazil.

Catch 90 Day Fiancé: Happily Ever After? on Sunday at 8 pm on TLC to find out what happens next.

‘Teen Mom’ Farrah Abraham Returns To Reality TV
Chase Chrisley Likens Father Todd To A Tornado, And Here‘s Why
Scott Disick Is No Longer Keeping Up With Any Of The Kardashians
Brian Austin Green Celebrates His Son’s Birthday Ahead Of ‘DWTS’
‘Bachelor In Paradise’ Cast Evacuated Due To A Tropical Storm