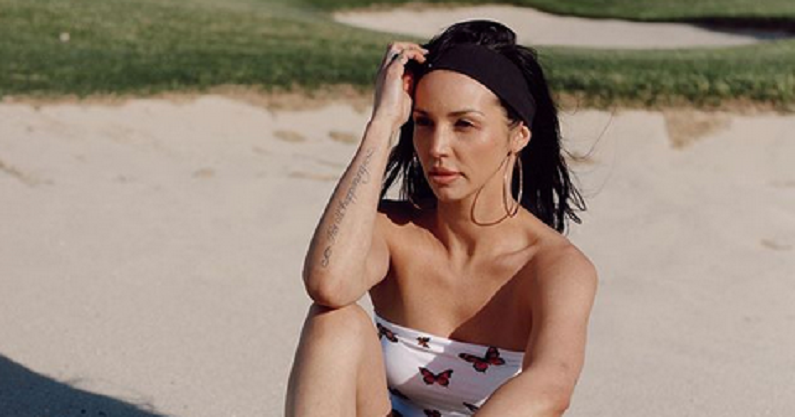 Last month, Scheana Shay opened up about her devastating miscarriage. Now, the Vanderpump Rules star got a tattoo in memory of the baby she lost. While she has 21 tattoos, her latest one is her “favorite.”

The reality star released a new YouTube video to explain the meanings behind all of her tattoos. She also revealed that her newest one is in memory of the baby she lost with boyfriend Brock Davies.

While most of her tattoos were just for fun, some of them have a special meaning. And it’s safe to say that Scheana’s latest tattoo is very special to her.

Scheana Shay explains the meaning of her new tattoo

In her latest YouTube video, Scheana Shay showed off her “random a**” tattoos. She revealed the wildest stories about where they came from. She even got one on a first date. Before talking about her new ink, Scheana shared the emotional reason to get another one. The Bravo personality revealed that she lost her baby at six weeks pregnant.

In a previous video, the SUR waitress revealed to fans the emotional heartbreak she suffered after suffering a miscarriage. Scheana also revealed that it was hard seeing her friends like Stassi Schroeder pregnant.

But in her new video, she revealed her fresh ink, which is a poppy flower on her right forearm.

“The last one I got recently was to symbolize the baby we just lost,” Scheana explained, as per The Blast. “They said it was the size of a poppy seed and I really like poppy flowers. I decided to get one right here to remember.”

Revealing her arm, the “Good as Gold” singer showed off the stunning poppy flower that honors her lost baby.

“I think this is probably my favorite one,” she said as she revealed her arm. Scheana is trying to stay positive amid the devastating news.

Scheana Shay first opened up about her miscarriage on the June 26 episode of her Schenanigans podcast. The singer thought it was important to share everything that’s going on in her life. Since she tends to live her life as “an open book,” she felt it was the right time to talk about her miscarriage, as per The Daily Dish. Scheana previously shared her fertility journey during Season 8 of Vanderpump Rules.

Doctors previously told the Bravo personality that “it would be close to impossible” to get pregnant on her own because of her low egg count. She had to undergo egg retrieval twice last year and was about to get her third procedure in an effort to freeze her eggs.

After five weeks into her pregnancy, Scheana started bleeding during a trip to San Diego for Brock’s birthday. She went back to her doctor and had some more blood work done. Her OBGYN performed an ultrasound and found no heartbeat. It was a lot for Scheana to process in such a short amount of time.

“It’s still been a lot to process because now I’m at home, and I’m just waiting to naturally miscarry,” Scheana said during her podcast.

At first, she was “feeling normal but still treating my body as if I’m pregnant, which is a complete mindf***.” She revealed that it was “literally the worst thing I’ve ever waited for in my life.” After Scheana shared her story, she received support from her fans and VPR co-stars.