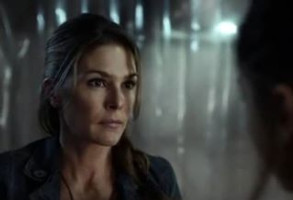 Fans of the CW hit The 100 were perplexed on Wednesday, July 22, when an encore episode from the prior week aired in place of a new episode. Why? The show is on a short hiatus. A new episode won’t air until Wednesday, August 5.

In the meantime, some of The 100 stars spoke with Entertainment Weekly about the most binge-worthy episodes from the first six seasons of the cult hit.

If you’re new to post-apocalyptic drama, be aware that they drop a few spoilers while explaining their choices. The following stars of The 100 gave their picks for EW’s Quick Binge:

Of course, if you really want to immerse yourself in the experience, you need to binge the complete first six seasons. The show’s seventh and final season is underway on the CW network. Whether you’re a new or old viewer, the stars of the show recommend the following episodes for a quick binge.

You cannot begin to understand the premise of The 100 without watching the pilot episode. Not only does it introduce you to the main players, there is also the context of how their relationships evolve throughout the show.

Spoiler alert: there are a lot of shocking deaths on The 100. If you skip the pilot episode, you’re missing creating an emotional connection that makes those deaths matter.

Murphy is one of The 100’s most complex characters. He’s a sometimes-villain who often ends up being the hero, despite himself. This episode is essential in understanding Murphy’s character growth through the series. He’s not popular with the other characters and that’s something that pops up repeatedly.

When explaining his choice, Richard Harmon cites this episode as the first one to show “how dark” The 100 is at times. He talks more about it in the EW video, but he also reveals a pretty big spoiler.

The Grounders are a fundamental part of not only The 100 but also the potential spin-off, Anaconda. One of the episodes from Season 7 serves as the origin story of The Grounders. It is also a backdoor pilot to the Anaconda prequel that fans are hopeful the CW will pick up.

For Tasya Tele, this episode “introduces you to the whole mythology of the show.”

Both the Octavia and Echo actresses choose this as one of their essential binge episodes. In the episode, one ‘champion’ from each of the 13 clans has to be defeated. The winner gets control of the bunker. Octavia served as Skaikru’s warrior in the battle.

Many fans consider this the best episode of the entire series. (So far.)

“The Face Behind the Glass”

In this episode, we are introduced to JR Bourne as Russell Prime. That’s about all we can say without revealing major spoilers.

Those four episodes are enough to get your binge started. The stars of The 100 have more picks at EW’s Quick Binge. But tread carefully, a few of the actors accidentally drop some spoilers for the first six seasons of The 100.

New episodes of The 100 return to the CW on Wednesday, August 5. Seasons 1 – 6 are available to stream on Netflix. They are also available on the CW app or website.

Wait, Kim Kardashian’s Met Gala Hair Cost How Much?
Carlin Bates DRAGGED For Making Everything About Herself
Nanny Faye Has Chase Chrisley Blushing With The Junk In Her Trunk
Jim Bob Duggar Predicts Insane Number Of Grandchildren He Could Have
Mama June Shannon’s Ex Geno Doak Back In Rehab