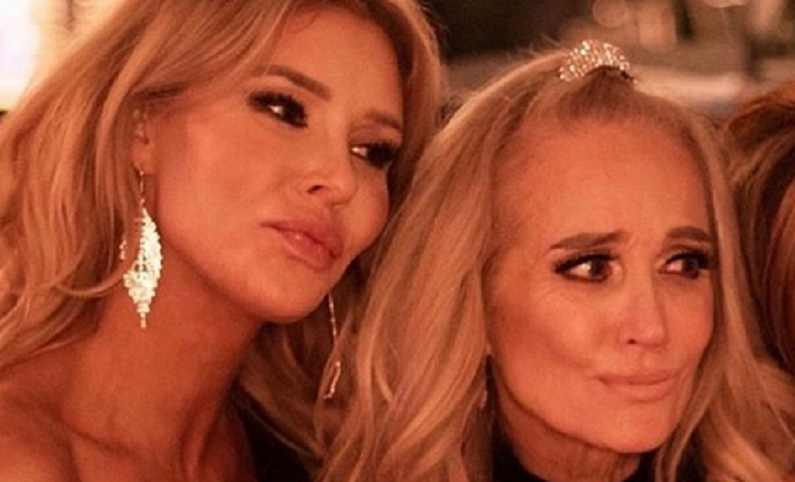 Brandi Glanville made her triumphant return to The Real Housewives of Beverly Hills. She also shocked fans with a new look during the latest episode. Both fans and plastic surgeons weighed in on her look. The speculation grew over whether Brandi went under the knife.

On Wednesday night’s episode, Brandi talked about her alleged affair with Denise Richards. She spilled all in a conversation with Kyle Richards, Kim Richards, and Teddi Mellencamp. Brandi claimed that Denise threatened her never to tell her husband Aaron Phypers about their alleged tryst. Denise has continuously denied the allegations and even sent Brandi a cease and desist letter. Now, Brandi is denying rumors of her own.

She broke her silence on Twitter amid the rumors that she went under the knife. Brandi Glanville appeared on Wednesday night’s episode of RHOBH. Her at-home confessional look quickly went viral on social media. Fans wanted to know if she had gotten plastic surgery, as per People.

Also, have to say I’m so happy to see @AdrienneMaloof & @BrandiGlanville on good terms like old times — and also for Brandi to address the surrogacy drama from S3 for the first time on camera🤯💎 #RHOBH pic.twitter.com/teeCtC3eHg

In the responses, Brandi denied the plastic surgery rumors. She agreed that she did “look bad” and said she had to do her own makeup for the at-home confessional. Brandi couldn’t rely on her glam squad amid the coronavirus pandemic.

“first off you are mean,” Brandi fired back. “I do look bad but I haven’t done anything to my face. I was watching makeup tutorials and trying not to use so much blush and please f*** off hater.”

That led the user to delete their Twitter. RHOBH fans took to Brandi’s tweet and told her that she looks great no matter what the haters say. Brandi’s response also comes after plastic surgeons speculated over her shocking new look.

Brandi Glanville surely shocked fans with her new look. Now, plastic surgeons are sharing their thoughts. Even though this week’s episode Real Housewives of Beverly Hills was about affair allegations, most fans couldn’t stop talking about her new look.

“Either she is recovering from a major facelift surgery or from a considerable amount of fillers,” Dr. Agullo said. “I say recovering because there is marked asymmetry which would be due to fillers. She certainly has more volume in her lips and cheekbones.”

But Brandi Glanville continues to deny the claims. It was a case of unflattering makeup. What are your thoughts? Do you believe the plastic surgery rumors? Sound off below in the comments section.