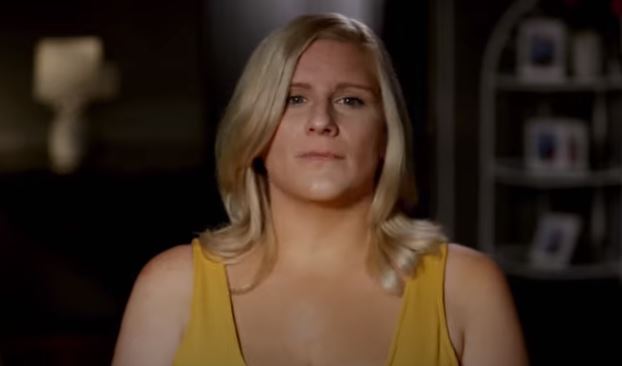 Love After Lockup spoilers are coming out for Jessica and Maurice who are on this season of the show. It turns out that the two have actually gotten married twice now. Starcasm shared the spoilers about this couple’s weddings and their pregnancy shocker.

During the premiere of this show, Jessica shared that she is already married to Maurice Gipson. The couple got married while he was still in jail. It turns out that they got married twice. The first wedding was just to get married, then they had an actual wedding so that they could celebrate together.

This wedding was in December. Jessica wore a white dress and Maurice wore a black tux. This is a lot better than the little one they had to have while he was in jail. It looks like this couple is going to last and they are doing pretty well.

Pregnancy shocker for Jessica and Maurice

It turns out that she was pregnant when this second wedding happened. Of course, that isn’t the reason for the wedding since they were already married. This was just their ceremony to celebrate their love for each other.

She already had the baby and it was a boy. The baby boy was born back in May. She did share a picture from the hospital. They didn’t keep the baby a secret. The thing is it isn’t on the show just yet. This season on Love After Lockup they could end up showing some about her pregnancy.

Jessica actually had to cancel her baby shower due to COVID-19. Of course, it is a bit harder at the hospital with not being able to have everyone there when you have your baby. She was also very upset about people not following social distancing rules. Here is what she posted on her Instagram story.

“And if this keeps on and I don’t get to have my husband in the delivery room with me I’m gonna fu**ing lose it!! Imagine having your first child and you can’t have your child’s father in the room with you. Think about other people and how you’re affecting them by choosing to stay out and possibly spreading this virus even more so! Partying and hanging out ain’t going nowhere!!! It’ll be there when this is all over.

All y’all that can’t follow the rules are gonna make this sh*t just go on for longer, I don’t understand why y’all can’t just listen….. I wanna go do things too but I damn sure ain’t trying to hurt my baby, so think about other people besides yourselves, and stay home!!!! It’s not that hard!

Don’t miss new episodes of Love After Lockup on Friday nights on WEtv.