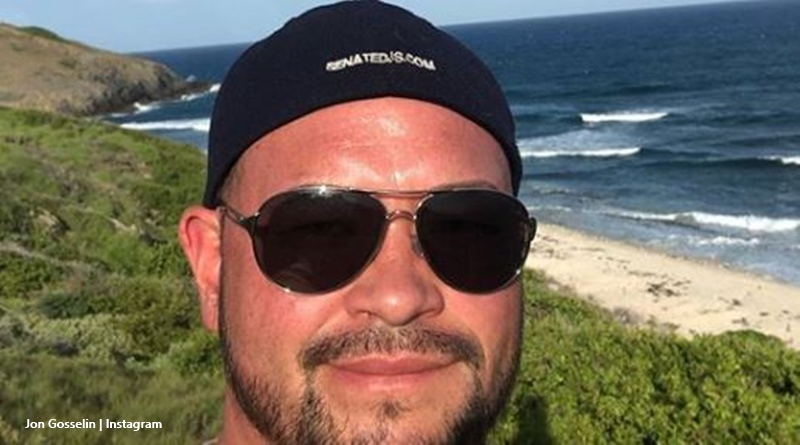 Jon Gosselin got a lot of trolls recently on his Instagram. Many trolls slam him for not wearing a mask when out with his girlfriend Colleen. We reported that he already disabled comments since his 4th of July post that he shared. The next post he put up, he slammed trolls. But, now, he’s clearly fed-up and he gives trolls no more chances.

Since July 4, Jon shared two more posts. On July 13, he ranted at the trolls. After just one negative comment, he blocked the comments on that one. In it, he said, “…if you comment bs on my IG I’m deleting you and honestly I don’t give a flying F–K!!!! Really I don’t!!! I’m over it and I’m gonna live free and alive.” That came after people trolled on him for sitting outside at restaurants with his family. Jon Gosselin’s well aware of the coronavirus. Actually, both he and Colleen work in the healthcare sector.

Nevertheless, he gets constantly trolled about how he deals with the virus and social distancing. His next post also came with comments disabled completely. The post also arrived on July 13 and showed him and Colleen. Since then, Jon Gosselin posted nothing more on his Instagram page. With comments blocked, it’s hard to know where he still gets trolled. But, possibly they just overwhelm his DMs as he returned to Instagram Stories on July 23 and fired shots at trolls again.

Lovin the beach with family and friends!!! AC all the way @doac life goes on, life’s a beach, doac, keep living, love you all!!!

On his Instagram Stories on Thursday, Jon shared a slide. It said, “PSA!!!.” Then, it read, “Those who troll my account, will be blocked in return!” He added, “Not dealing with stupid comments anymore.” Certainly, it looks like Jon simply can’t handle it anymore and won’t even hesitate to block people forever if they persist. Actually it seems rather sad that so many people troll him. After all, for the longest time, he stayed very quiet on social media. That came because of various issues with TLC who kept him under a gag order.

Fans of TLC’s canceled Jon & Kate Plus 8 loved seeing pictures of his son Collin and his daughter Hannah. So many of them applauded him and cheered him as he fought for custody of his two kids. After all, Kate kept Collin locked up in an institution, so fans enjoyed seeing him grow under his dad’s loving care. But as the trolling persisted, Jon Gosselin’s posts started dwindling. Trolls so often spoil it for loyal fans who genuinely care about their favorite reality TV stars.

Trolls often bully people and fans try and fight back and defend people like Jon Gosselin. Hopefully, by blocking the trolls, he won’t end up sharing nothing with his fans at all.