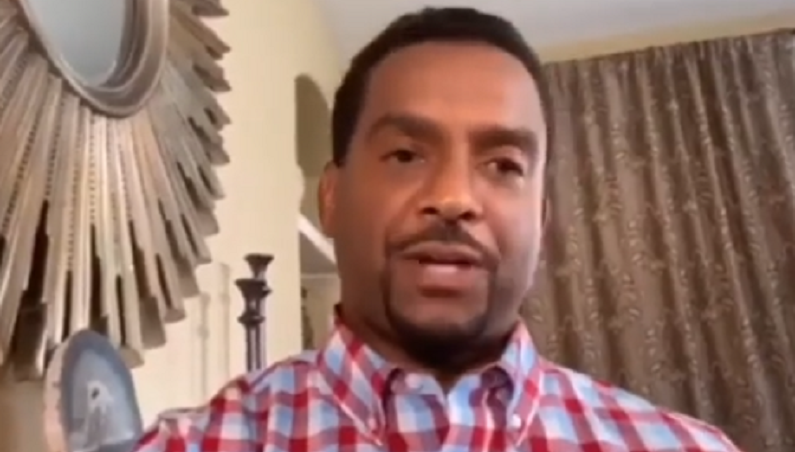 Some fans thought Ribeiro would’ve been perfect for the gig. He is a big part of the Dancing with the Stars family. And his attitude is bubbly and infectious. However, Alfonso wants the show to change. He feels that ABC producers should do away with the show altogether. Read on for Alfonso’s thoughts.

The Dancing With the Stars champ feels that good things should come to an end. He spoke out after producers replaced Tom Bergeron and Erin Andrews with former America’s Next Top Model host Tyra Banks. The Season 19 champion is not about this change. He feels that other DWTS fans will agree with him as well.

“I’ve texted back and forth with Tom. I would’ve never made that decision, obviously. I think Tom and Erin are the backbone of the show,” Alfonso told Us Weekly on Wednesday, July 22. “I have no idea where they’re going to go and what changes they want to make and why and how these decisions were made. But I think people like myself will absolutely miss Tom and Erin. It’ll be hard for me to see the show in whatever new form it is.”

Well the secret is out! 🤩 I couldn’t be more excited! Tune in tonight to watch me on #ToTellTheTruth at 10|9c on ABC! @totellthetruthtv

Ribeiro feels that producers should have just canceled show altogether. It would make more sense for ABC to release a new show than to revamp a long-standing series.

“Sometimes I look at things and I say, ‘Why don’t we just make a new show?'” Alfonso continued. “And then just make that show and then cancel the one that you’re chopping up. Right?”

But Alfonso isn’t entirely mad. He wishes new host Tyra Banks the best. But he admits that it’s “going to be hard” for him to watch without Tom hosting.

Ribeiro would host under on one condition

Tyra Banks came as a surprise to DWTS fans. There were many names thrown around and hers didn’t pop up. Most fans would’ve preferred a former star to host instead. Some of them thought Alfonso Ribeiro fits the role given his dancing background. Banks has a modeling background. But would Ribeiro do it?

“If the circumstances would have been very different, that might’ve been something I might’ve been interesting in doing,” Ribeiro told Us Weekly. “I certainly would not have been interested in Tom being fired and me being hired to do it. I mean, I already took over for him [on America’s Funniest Home Videos]. I can’t do all of his gigs.”

Always an honor to be able to vote.

Ribeiro made it clear that AFV “was not a firing.” Bergeron wanted to leave the gig behind, which made it possible for Ribeiro to take over. But he’s not out to take Bergeron’s hosting gigs. It doesn’t make sense since they are close friends. He clearly loves Bergeron and would rather see him on the show.

What are your thoughts? Do you think DWTS should get canceled? Sound off below in the comments section.