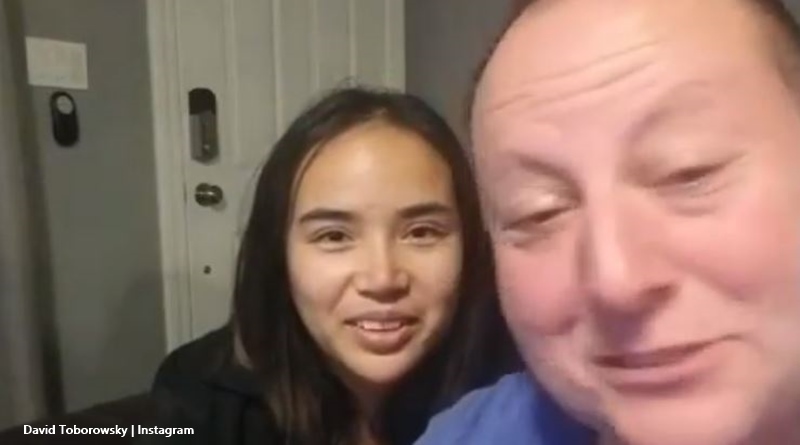 90 Day Fiance introduced Tim Malcolm and Jeniffer Tarazona on Before the 90 Days in Season 4. Recall, Jennifer never felt comfortable with his close relationship with his ex, Veronica Rodriguez. More recently fans see Tim and Veronica on Pillow Talk. But, he doesn’t overdo sharing things on his Instagram. On Thursday, however, he shared a post about Big Ed and fired some shots. In response, David Toborowsky also got savage with “mayo” man Ed.

Tim shared a photo of Big Ed that he said he got sent by his friend. You may recall that Tim always held a fascination for movies. And, his friend works in the industry. He captioned it with, “My friend Dave is in LA filming a movie and he sent me this today and was like “doesn’t this guy work with you?” He didn’t speak to him but I filled him in on how big that ego has gotten … straight Gringo style.” Well, it sounds like Tim shares the same sentiments as many other members of the TLC cast.

Seldom did fans ever hear of so many cast members slamming another one. It started off with Baby Girl Lisa (Hamme)  and Geoffrey Paschel and grew from there. Later, in a now-deleted post, 90 Day Fiance alum Ricky Reyes joined the fans calling for Big Ed’s removal from the TLC show, we reported. The cast criticizes him for thinking he’s more “special” and “important” than the rest of them. They hate the size of the short little man’s ego. And, it seems that even David Toborowsky, usually a kind man, agrees with their opinions.

At the end of June, the mayo scene that featured Ed using it to condition his hair replayed on B90 Strikes Back! Maybe because of that, it remains fresh in David’s mind. In the comments section of Tim’s post, David wrote that he expected Big Ed was checking on his backorder of hair mayo. (But he seemingly deleted it later). Fans loved it. One fan said, “shots fired.” Another person said it was “savage.” One fan @imjusmeb noted, “@toborowsky_david 🤣 I just choked reading that. 🤣🤣.” And David responded with “@imjusmeb 😂😂😊😊.”

Another 90 Day Fiance fan noted that Tim shared the post in the first place. And, they also said to him, “Have shots been fired? 👀 💥 😂.” Another one said, “A hahahahah called “big Ed” out 😂.” Other people simply slammed Big Ed for not wearing a mask as usual. They seem unhappy as he got Big Ed masks made but never wears any himself. 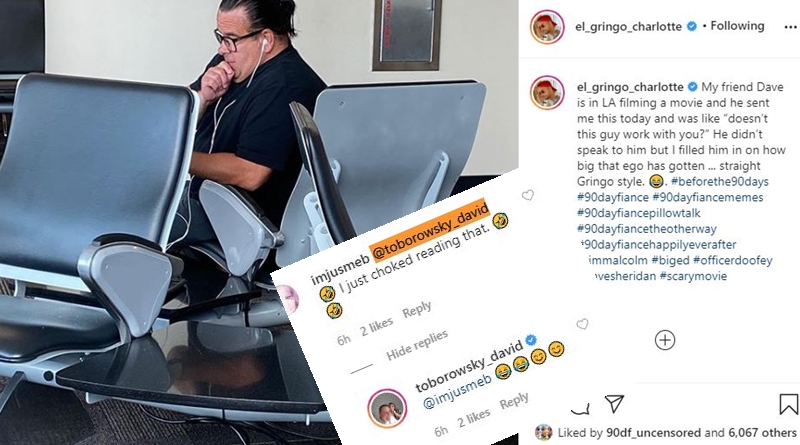 But one person stood up for Big Ed and slammed the other 90 Day Fiance cast members for sitting in judgment on him. What do you think about Tim and David Toborowsky getting savage and firing shots at Big Ed? Sound off in the comments below.