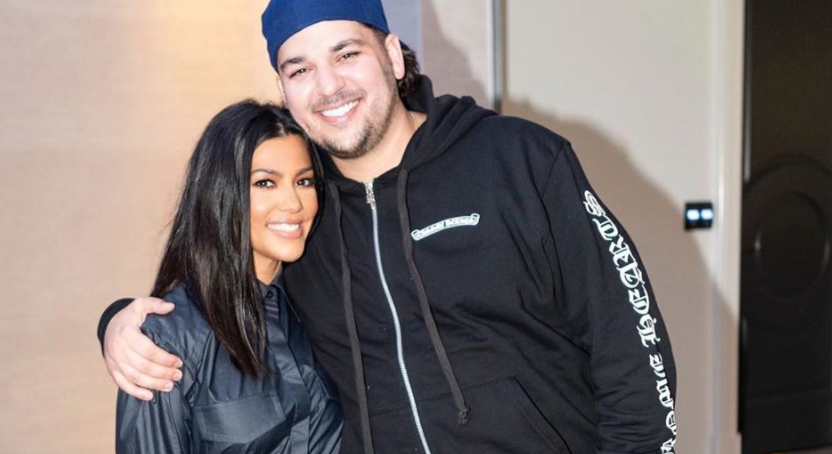 Rob Kardashian is back and potentially better than ever. The once self-conscious Kardashian brother posted shirtless on social media.

Rob Kardashian is back

Rob Kardashian took a long break from social media and public appearances after first his break up with Blac Chyna. Then, he seemed uncomfortable with his body and didn’t want to go out again until he lost weight. This is all changing as the star seems to be back in the social world.

According to US Weekly, Rob posted a new profile picture on Instagram. Not only that but in the photo, he is shirtless. Anyone who follows the Kardashians knows that this is a huge deal for Rob. He really must have his confidence back!

In the photo, his back is showing and he is on a beach. Sounds like a pretty nice way to spend the day right about now.

A source says that Rob is back to a ‘good mental state’ after years of being shut down. With everything going on with the Kardashian family right now, this is a good time for Rob to come out of hiding and help out a bit.

His siblings go through some drama

Not everyone seems to be going through a high point in their lives when it comes to the Kardashian family. Kanye West has been trying to enter the presidential race, and in the meantime has seemed to try and destroy his entire family. Not only did he talk about personal information regarding his daughter, North, but he also let off a series of tweets to Kris Jenner. None of them were nice and basically talked about how she was trying to have him locked up.

Since then, the tweets have been deleted. However, that doesn’t mean that the damage wasn’t already done. Kim talked about his current mental state on Instagram. She made it clear that this has to do with his struggles from growing up and his struggle with Bipolar Disorder.

Hopefully, the family is able to reach him and they are able to work through their issues.

Kim has had cameras following her, so it seems like fans may get a look at what is really happening right now when the rest of Season 18 of KUWTK finally airs.

Are you excited to see Rob back on social media? Let us know what you think in the comments. Come back to TV Shows Ace for more news on the Kardashians and all of your favorite reality TV stars.