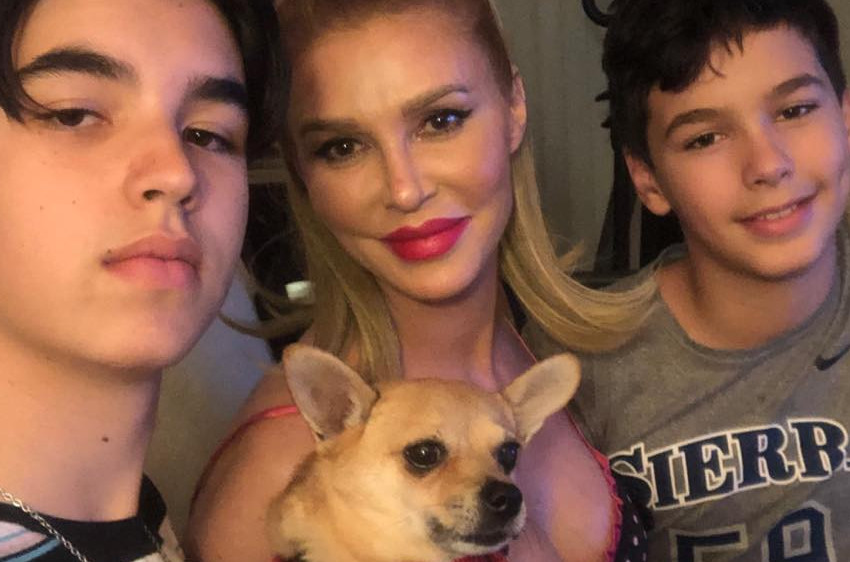 The Real Housewives of Beverly Hills alum Brandi Glanville REALLY wants fans to believe her. On the Wednesday, July 22, episode of the Bravo show, Brandi told her side of the story. Her story is, of course, that she had an “affair” with Denise Richards. Furthermore, she claims Denise lied about Denise’s husband, Aaron Phypers, being okay with the hook-up.

Fans immediately took to Twitter, expressing either support for Brandi or the belief that she’s lying for attention. And Brandi had enough of it. She pleaded with fans to believe her. In fact, she made a pretty serious vow, reports Us Weekly.

Many RHOBH fans were disappointed with the details Brandi disclosed on the episode. After months of build-up and innuendo, Brandi says they only hooked up once and kissed twice. What a letdown, outraged fans tweeted.

However, Brandi responded to one tweet that her whole story hasn’t been told yet. Apparently, there’s more to come.

You haven't heard the whole story yet

She also told another fan that she has “proof” of the affair. She didn’t elaborate on the proof.

After numerous fans tweeted their doubt at Brandi, she had enough. She posted that she “swears on both my boys [sic] lives” that she’s “not f**king lying.”

Literally on both my boys lives I’m not fucking lying !Why don’t we ask our mutual agent !!???

While Kyle Richards has called Brandi a liar in the past, she took up for her on the RHOBH episode. She said that Brandi “may be a lot of things” but she’s not a liar.

However, there is one person who insists that Brandi IS lying.

Ever since the rumors of the alleged affair took off in late 2019/early 2020, Denise denied it through her rep. She has consistently denied the rumors in every interview since. However, she also wants fans to watch RHOBH and make up their own minds.

Her latest denial comes during an interview with the Washington Post. A subscription is needed to view the story. However, People magazine summarizes the interview. Denise says, “If I had an open marriage, I would be open about it.” She throws shade at her RHOBH co-stars, saying there is a “consistency” to the discussions this season.

As viewers know, the last few episodes before Brandi’s bomb revolved around Denise’s supposed mom-shaming. In short, her daughters overheard adult talk about threesomes. When Denise told the women that she’d rather her daughters not be around that, they accused her of mom-shaming them.

The RHOBH star doubles down on her denial on Twitter.

As much as Brandi got fed up with people not believing her, Denise did as well. Denise INSISTS that the affair did not happen. Period. In fact, she assures fans that she’s a “very open woman.” Furthermore, she would have “no shame” in admitting to an intimate relationship with another woman.

Denise SLAMS the rumors. She wonders the message Brandi’s story sends to people “struggling with their sexuality.” The key part of Brandi’s story is that Denise asked her to keep the alleged affair a secret.

I’m a very open woman. Had to be after my entire divorce splashed all over the tabloids for years. Had I done what I’m being accused of I would have no shame in saying so. What message does this send to youth, young adults, adults struggling w/their sexuality otherwise?

The allegations are sure to play out for the rest of Season 10 of RHOBH.

Tell us in the comments who you think is more trustworthy – Brandi or Denise? Does Brandi swearing on the lives of her children make you believe her?

The Real Housewives of Beverly Hills airs Wednesday on Bravo.