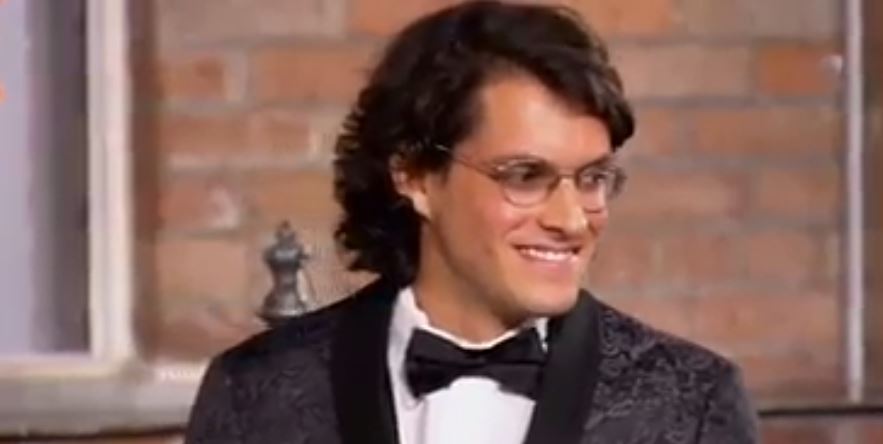 Married at First Sight fans got to meet Amelia and Bennett. The thing is that this couple didn’t meet at the alter. They actually knew each other before their wedding day. So how did these two know each other? Well, that seems to be impossible to find, but there is a lot of speculation. The Married at First Sight experts missed out on realizing they had already met before their wedding day.

Amelia and Bennett look like a cute couple. He is very quirky and she is a doctor. They may not be exactly the same, but so far, it looks like they can get along great. She actually came down the aisle on a unicycle and he seemed to love it. They are both into art and just could be a good match. The crazy thing is that they already know each other somehow.

{I need to know the details! This is my first #MAFS season where I am watching it as it airs, for the most part …}

'Married at First Sight': Was it bad sex or bad date? Fans speculate why Bennett and Amelia don't like each other https://t.co/iVsfAPj3vd

The couple has met before

It turns out that Amelia and Bennett had met before they were picked to be Married at First Sight. This was revealed when she made her way to the alter. Amelia whispered, “I’ve met him before” to her mom. After that, she hugged him and said, “it’s good to see you.” They were then introduced for what was supposed to be “for the first time,” but he responded with, “it’s not the first time.”

Everyone was shocked, but the bridesmaids didn’t even seem to know who he was or how they met. There is a Reddit thread where everyone is guessing how they met. The thing is nobody seems to really know how they knew each other.

Bennett did talk about a hookup he had about six months ago. There is a bit of speculation that this could have been her. Others wonder if she may have dated a friend of his or something. They do seem like they could run in the same circles, though. Whatever the story is, this is going to be interesting and fans can’t wait to hear the details. They better not put it off revealing it for too long!

‘DDWTD’ Fans Feel Comforted As Karen Derrico Reaches Out
‘Below Deck Sailing Yacht’: Jean-Luc Posts Baby Photo To Deny Paternity?
‘LPBW’ Tori Roloff Melts As Jackson Takes Lilah On Four Wheeling Mission
Fans Praise Jessa Seewald For Living Like Everyone Else In New Photo
‘RHOBH’: Is Lisa Rinna A Hypocrite When It Comes To Her Friends?!