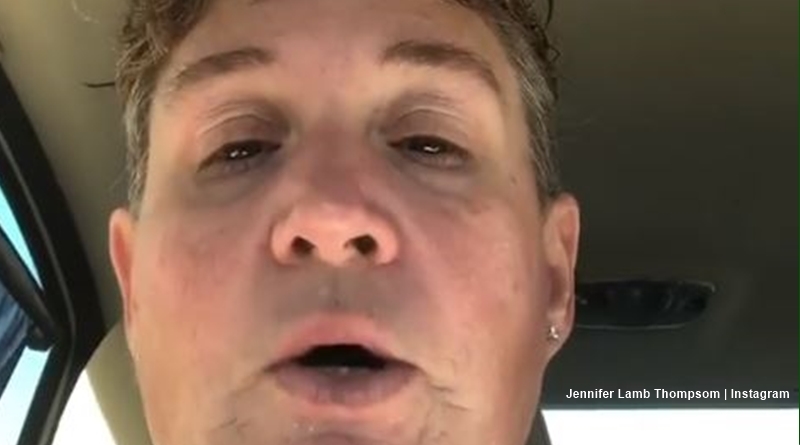 Jennifer Lamb from Mama June: From Not to Hot, June, her sister, and others from the WEtv show put out promos for Gina Rodriguez’s new show. We reported that Mama June and the rest of the cast won’t feature in it. Gina happens to be the manager for the cast of June’s family. But, the new show’s about different people. Called Happily Ever Altered, it premiered on June 22 on Lifetime. Ahead of the show, Jennifer got swamped and buried by trolls.

Jennifer Lamb – Fans hate her from Mama June: Family crisis, gets a lot of trolls

The season that just ended, revealed that eventually, Alana Thompson (Honey Boo Boo), got fed up with Jennifer Lamb. Her dad, Sugar Bear married Jennifer, and they wanted custody of her back from June’s daughter Pumpkin. Fans slammed Jennifer the whole season because she said terrible things about June in the show. Plus, she always seems to compete. When Alana entered her niece, Ella Grace in a pageant, Jennifer entered her granddaughter as well.

Throughout the season, fans slammed Jennifer. Some hoped the reality TV show edited Jennifer Lamb badly. They hoped in real life, she’s not such a bad person. But, many fans swallow the “evil” Jennifer totally. They feel terribly sorry for Honey Boo Boo who they saw in tears quite often during the season. And, despite it being a television show, an astonishing amount of hate comes out for the WEtv star. When she shared a promo about Gina Rodriguez’s Happily Ever Altered, trolls jumped in on her page by the dozen.

Happily Ever Altered promo for Gina gets plenty of haters

Jennifer shared a video and shouted out the show. She told fans that her “manager’s show’s up on Lifetime and asked them to check it out. Plenty of people slammed her for Gina being her manager. But, really, she manages the entire cast, not just June. Others slammed the way Jennifer looks. She cut her hair short and didn’t brush up for the video. Loads of very insulting comments went her way for that. Some trolls even compared her promo for the Lifetime show to Mama  June’s and said she did it way better. Others slammed her and told her to “leave Alana alone.”

Trolls said a lot of nasty things to Jennifer. Here’s just a small sample of the hate and slander that went her way:

But, some fans grew very irritated with all the hate that trolls expressed on Jennifer Lamb’s Instagram. One pointed out, “I swear, all y’all that’s sitting here talking about her sound like a bunch of immature high school kids. Seriously grow the f–k up.” Actually, they do, some fans think.

And, while people hold very strong opinions about reality TV stars, does that sort of abuse make them any better? Sound off your thoughts in the comments below.