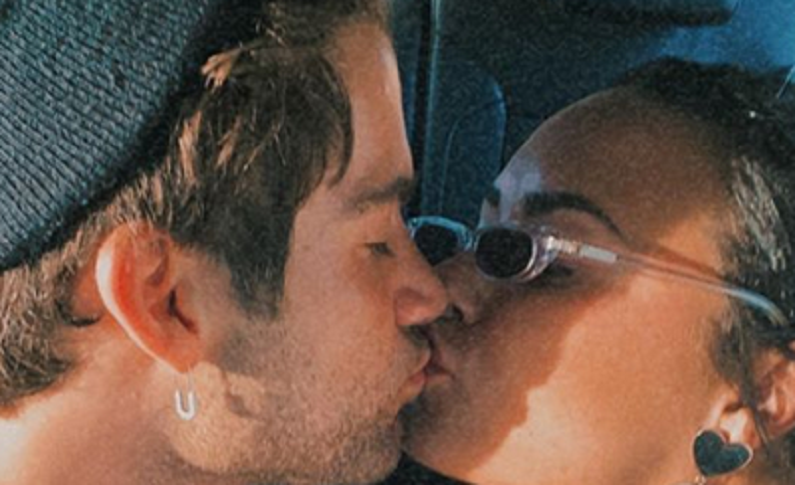 Demi Lovato is engaged. The pop star trended on social media early Thursday morning. On Wednesday, July 23, the 27-year-old singer confirmed her engagement to the 29-year-old in a lengthy Instagram post. Demi shared photos from the moment when Max proposed to her on the beach.

The couple love to take long walks on the beach. TV Shows Ace previously reported the details of their intimate beach date. Demi and Max are quarantining together after a few months of dating. Their whirlwind romance caught the attention of fans with their PDA-filled social media posts. And now the couple wants to spend forever together.

As per Pop Sugar, Demi Lovato took to her Instagram to confirm her engagement to Young and the Restless actor Max Ehrich. She shared stunning photos of herself in a white dress on the beach while Max pops the question. In the series of photos, Demi showed off her massive diamond engagement ring. Famed photographer and friend Angelo Kritikos took the romantic photos.

“THANK YOU @angelokritikos FOR HIDING BEHIND ROCKS AND CAPTURING THE ENTIRE THING!!!” Demi excitedly wrote in the caption. “I love you boo!!!”

“I knew I loved you the moment I met you,” Demi wrote about Max. “It was something I can’t describe to anyone who hasn’t experienced it firsthand but luckily you did too… I’ve never felt so unconditionally loved by someone in my life (other than my parents) flaws and all. You never pressure me to be anything other than myself.”

In the heartfelt caption, Demi talked about her father, who used to call her his “little partner.” Now, she’s ready to become a lifetime partner to her serious boyfriend. Demi and Max have only dated for four months, but the couple is serious about each other. They can’t stop gushing about each other on social media. People was the first to confirm their relationship on March 25, 2020.

The details on Demi’s engagement ring

Us Weekly revealed the exclusive details behind Demi Lovato and Max Ehrich’s engagement. Katherine Money, SVP of Merchandising for Brilliant Earth, told the outlet that the 8-carat emerald cut diamond ring sits on a platinum or white gold band. It also features trapezoid accent diamonds. The weight of Demi’s ring ranges between 9.5 and 11.5 carts. This means the ring costs around half a million.

The magazine was also the first to report about Max’s engagement plans. The Emmy-nominated actor had “plans to propose to Demi after this whole pandemic is resolved.” The insider said that both of their “families wouldn’t be surprised by the proposal.”

“They think they make a great couple,” the insider said.

A second source told Us Weekly that Demi and Max have been “getting really serious” during the quarantine period.

“The quarantine has been really great for Demi and her and Max have gotten so close,” the insider said. “She’s doing a great job at staying sober, healthy, and taking care of herself.”

Demi and Max safely celebrated their engagement on Wednesday night. Just Jared published the photos of the couple leaving Nobu restaurant in Malibu, California. Demi wore a white dress, similar to the one in her Instagram post. She paired the look white heels, while Max wore a black T-shirt and jeans. The couple also sported face masks.