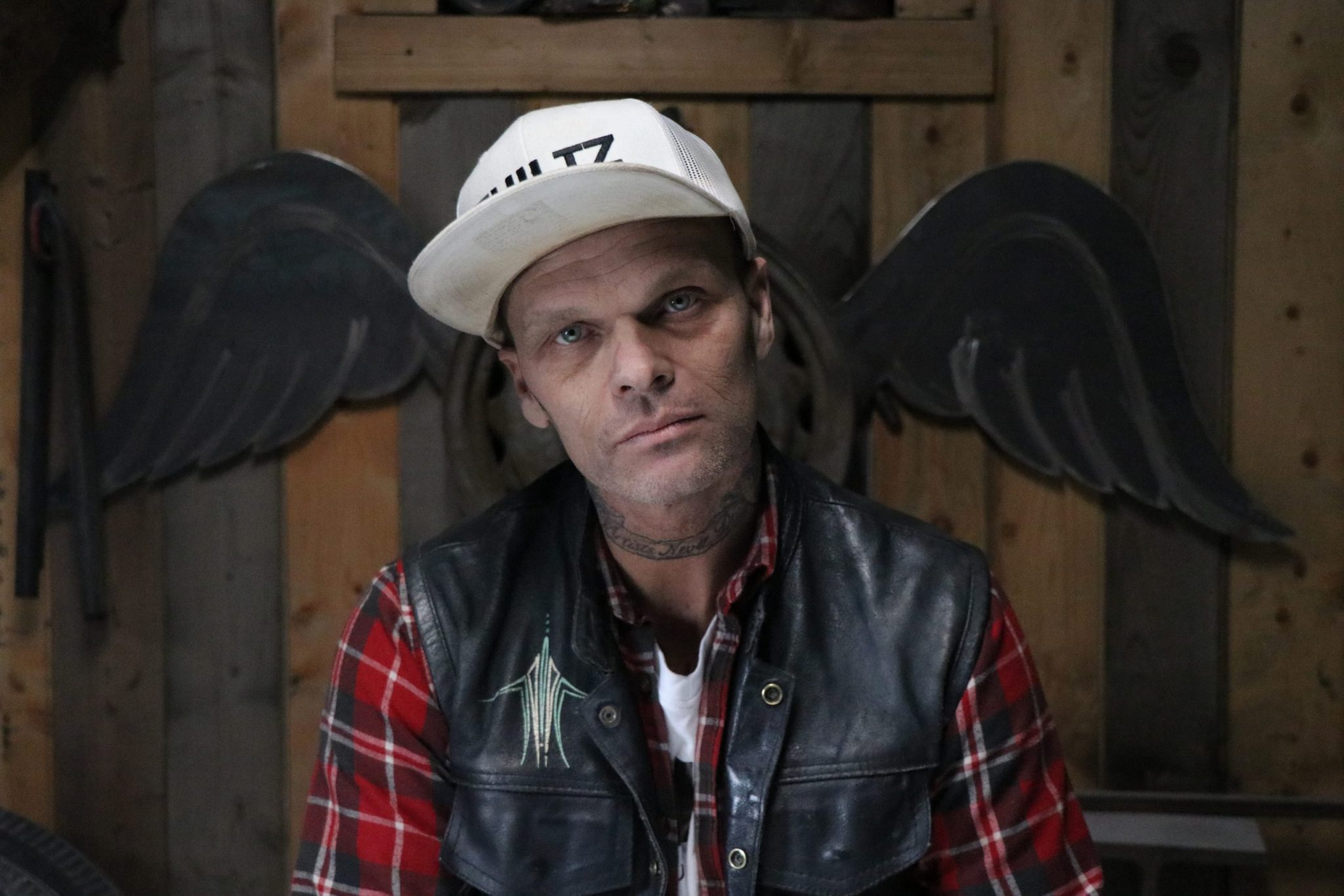 Bad Chad Customs is Discovery’s breakout car chop series from Canada. And Canada’s bad to the bone, badass car chopper is coming back in August.

Chad Hiltz is know around Nova Scotia parts as “Bad Chad,” and his team of automotive rehab wizards create usable art out of total junk heaps with little dough.

The series was a breakout hit for Discovery, and now Bad Chad Customs is finally back and it is bigger than ever, on Monday August 17.

Bad Chad Customs is the network’s reality show that shows how buids are conceptualized and created with car artist Chad Hiltz (Bad Chad) as he fashions custom masterpieces out of real junkers, scrap yard cars at his shop, Green Goblin Customs.

About Chad and the series

Chad is originally from Kingsport, Nova Scotia, Canada, and moved to his new home in Canning, Nova Scotia. This is where he created Green Goblin Customs and it is the same location where Bad Chad Customs is primarily filmed.

The show will expand as he travels to other locations in Canada and even the United States where beat-up from the feet up cars are awaiting their fairy godmother customized makeover.

The series is a platform that shows off Hiltz’s tenacity and talent as he visualizes a finished car out of a pile of rusted old metal. He uses odds and ends of scrap metal and other items to creatively fashion them into usable and good looking rebuilds for his cool rigs.

The first season also introduced fans to his fiancé Jolene MacIntyre who manages his shop and is part of the action too!  She is a big part of why Chad is famous, as she manages the shop’s marketing and social media.

Now, Canning, Nova Scotia and Chad’s shop is an actual tourist stop as their fame, aided by MacIntyre’s savvy, and the Discovery show have made Hiltz a local celebrity breaking out big.

According to Discovery, Mastermind “Bad Chad” Hiltz “returns with bigger, better and more ingenious builds than ever before” in an all new season.

Chad Hiltz and his small, hand-built auto shop in a rural town were first put on the map by Chad’s one-of-a-kind custom hot-rods.

Hiltz uses basic tools and loads of imagination and a limited budget, yet he and his team which includes his fiancé Jolene and son Colton, will use anything they can find to knock the socks off of any car loving client.

This season, Chad and the unconventional, newly branded ‘Hiltz Auto Co’ team are more ambitious than ever as they attempt a record seven builds in under six months. The team’s first challenging build under the new banner of ‘Hiltz Auto Co’ is to transform a stubborn 1957 Cadillac into a futuristic roadster fit for a king. Continuing to push his limits, Chad also undertakes his first-ever motorcycle build to create a unique custom for a local body shop owner in time for the Wharf Rat Bike Rally only weeks away.

In addition to watching, viewers can join the conversation on social media by using the hashtag #BadChad and following DISCOVERY MOTOR on Facebook, Twitter, and Instagram.