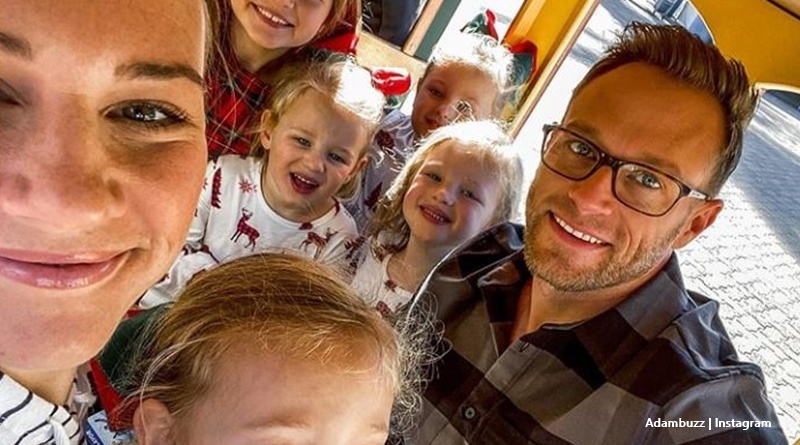 Adam Busby continues to shower his Instagram followers with fun photos of his adorable family!

The latest season of OutDaughtered was incredibly short thanks to COVID-19.

OutDaughtered fans were devastated with how short the latest season of the TLC series was. Unfortunately, COVID-19 made it impossible for the Busbys to film the series the way TLC wanted it done. So, they cut the season short. But, they were able to squeeze a little extra screen time out of the Busbys by allowing Adam to film one of the episodes.

This episode allowed OutDaughtered fans to see how the quints were handling the pandemic. After all, fans assumed being locked in the house with six active girls was not easy for Danielle and Adam. So, it was great for fans to get a little look at how it worked out for the family.

Fortunately, Adam and Danielle Busby are extremely active on social media. They post Instagram Stories almost every day. And neither parent hesitates to flood their profile with photos and video clips of their adorable family. With such a short season, OutDaughtered fans are thrilled that Adam and Danielle allow them to continue to watch the girls grow and learn via social media.

Adam Busby promises a lot of ‘great pics’ to come.

A few hours ago, Adam Busby took to Instagram. He revealed they were at a portion of their remodel where they could not be in the home. So, they took off to spend a few nights on the beach.

“Snatched the kids once we made it back and headed to the beach. Still have to be out of the house through this part of the remodel, so we are spending the next few days at the beach house.” Busby explained.

He concluded the photo revealing that he was able to snap a lot of great photos of his family during their first night on the beach. Adam looked forward to getting a chance to scroll through the photos and see what memories he managed to capture. OutDaughtered fans can only assume that once he gets a chance to look at and edit these “great pics” he will share some of them on social media.

Snatched the kids once we made it back and headed to the beach. Still have to be out of the house through this part of the remodel, so we are spending the next few days at the beach house. Lots of great pics tonight. Can’t wait to go through them. #itsabuzzworld #outdaughtered

“I’m so glad life is a bit easier as the girls have gotten a bit older. Thanks for sharing. I had 2 boys.” One follower gushed thanking Adam for the window into their life.

Another chimed in appreciating the photo of Adam and Danielle attached to the post: “The lighting is perfect! Such a good picture!”

Many others kept things simple and gushed about how much they loved the entire Busby family.

So, are you excited to know Adam Busby took “lots of great pics” tonight?