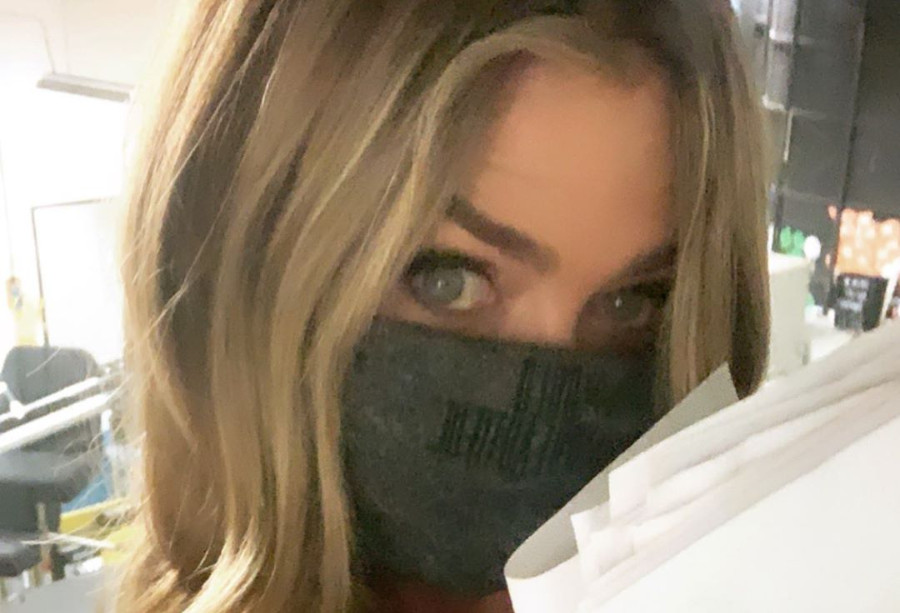 Fans were nervous about Season 10 of The Real Housewives of Beverly Hills. It was the first season without Lisa Vanderpump, whom many fans consider the face of the show. She left the Bravo staple after a tense Season 9. Viewers watched in horror as Lisa was attacked from all sides, during a time when she was mourning her brother. Her mom passed away a few weeks after Lisa announced her departure from the show.

The other ladies of RHOBH accused Lisa of leaking a story to Radar Online that made Dorit Kemsley look bad. Much of the focus of Season 9 was ‘puppygate,’ Dorit taking a dog she adopted from Lisa’s dog rescue to a shelter. She was contractually obligated to return it to the shelter. She didn’t. Lisa continues to deny leaking the story.

However, the allegations cost her friendships with Dorit and Kyle Richards, neither of whom don’t believe Lisa.

There was online chatter that Season 10 was so boring without Lisa that Bravo brought back former RHOBH stars to create drama. Andy Cohen denied the rumors, but last week’s episode saw Camille Grammer, among other alums, back and stirring up trouble.

In late 2019, news broke about Brandi Glanville’s allegations that she had an affair with RHOBH’s Denise Richards. Denise denies the allegations, noting that she’s happily married to Aaron Phypers.

However, the rumors have only gotten more attention as the RHOBH season slowly trudges along to Brandi’s appearance. She made her long-awaited return on last week’s episode, but nothing about the affair came up.

RHOBH Stars Try to Throw Denise Under the Bus

As anticipation of RHOBH Season 10 built, the Bravolebrities gave interviews to various media outlets to drum up interest. Both Erika Jayne and Kyle Richards spoke out about Denise supposedly “walking out” of filming.

However, what’s playing out on-screen is quite different than what they said. In their interviews, both stars teased some horrendous thing Denise did that made all the other women angry well before the alleged affair came up.

But the majority of fans are still on Denise’s side. Her “walking out” was grossly miscategorized by the other women. Yes, Denise leaves events instead of staying to rehash the same argument they’ve been having for several episodes. For Denise, the issue is resolved. But the other women just WILL. NOT. LET. IT. GO.

The issue stems from Denise saying she wouldn’t bring her kids around the other women after her children overheard talks of threesomes. The other women continue to slam Denise for her adult talk from Season 9, where she often talked about the size of her husband’s anatomy.

They seem to refuse to understand that talking about adult matters WITH adults is different than talking about it around children. Kyle even accused Denise of “mom-shaming” the other women.

Denise has said to them several times that she isn’t upset and she’s done talking about it. But they continue to jab at her until she gets frustrated and leaves.

Erika and Kyle’s pre-season comments seem more like a smear campaign against Denise to get fans on their side. However, their campaign is failing, as fans are still #TeamDenise. But that might change after this week’s episode.

The episode fans have been waiting for all season is upon on. Tonight, July 22nd, we will find out Brandi’s version of what went down between her and Denise. The rumors range from a one-night hook-up to a months-long affair.

Brandi often posts cryptic things on social media that fans feel are about Denise. However, she also says that Denise sent her a ‘cease and desist’ letter to keep her silent on the details.

Not only does Brandi reveal the alleged affair, she gives the other women the gossip Denise said about them behind their backs.

RHOBH Season 10 has quite a few episodes left for the Brandi and Denise situation to play out. Fans shouldn’t expect to get all of the answers tonight. Nor should they expect to get any answers at the RHOBH reunion, as Brandi didn’t attend at the last minute. Reportedly, she will be speaking to Bravo’s Andy Cohen one-on-one.

With a so-far dull Season 10, fans are ready for the drama. And it kicks off in tonight’s episode. Twitter user @PatThePussHunny has a sneak peek of tonight’s shocking revelation. Check it out below and tell us in the comments if you’re still #TeamDenise.

Don’t miss an all new episode of #RHOBH tonight!!! A bomb is about to drop and I cannot wait for it!!! pic.twitter.com/KGYEvbopUS

Kim Kardashian Feeds Tiny Waist With Tacos In Lemon Yellow Bikini
This Is Why Tayshia Adams & Zac Clark Stopped Sharing Photos Together
‘Love After Lockup’ Spoilers Update: Are Rachel And Doug Still Together?
Courtney Rushes Rivers Waldrop To Hospital AGAIN, Is She Alright?!
‘Love After Lockup’ Josh Behind Bars For Domestic Violence On Courtney