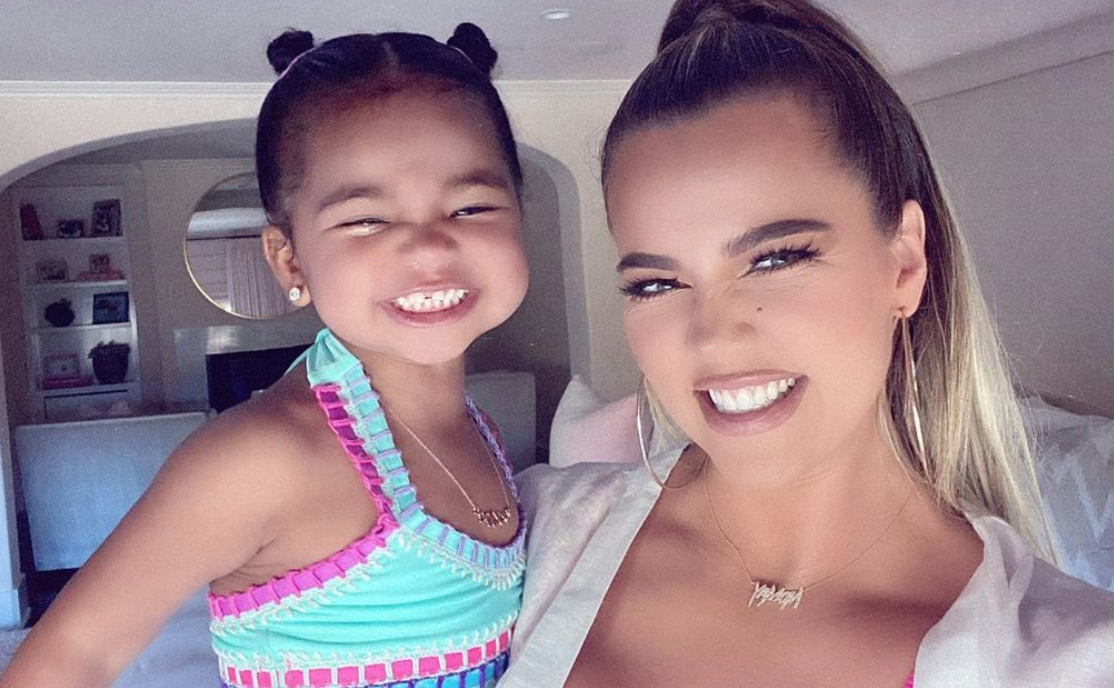 Khloe Kardashian has a daughter named True Thompson. Her two sisters, Kylie Jenner, and Kim Kardashian had their daughters right at the same time. All three of the girls are now developing and growing at different rates as all toddlers do. Now, Khloe is talking about what it’s like to focus on not comparing her daughter to the daughters of her famous sisters.

According to People, Khloe started opening up on all of this on The Travis Stork Show. She talked not only about True compared to her cousins, but she talked about some of her parenting tips.

Right now, Khloe and True are focusing on potty training. Khloe has to remind herself that all kids develop at different rates.

“We’re in this potty training process, and I’m still trying to figure that out. We’re doing a good job, but it’s — where it’s like every day is just different… you just roll with it,” Khloe said. “You have to remember that there’s no right or wrong timeline for kids. Everyone does things in their own way.”

She went on to talk about the three cousins only being three months apart in age. Because of this, it’s easy for her to look at what Chicago (Kim’s daughter) or Stormi (Kylie’s daughter) are doing.

“True has two cousins that are only three months — they’re all three months apart. And so sometimes I see some of them and I’m like, but Chicago did this or Stormi did that. I’m like, I can’t do that,” Khloe revealed.

Finally, she said that all three of the girls are different ages and are just going to develop at different times because at the end of the day, they are different kids. And that is all okay!

Happy birthday my sweet P! You truly are a little angel! A gentle sweet wise soul! Koko loves you more than life itself!!! Where did the time go? 😫😫😫 ok omg crying!!

As for parenting tips, Khloe was pretty straight and to the point. She said that a parent should be present despite having technology that could keep pulling them in different directions.

“Just be in the moment,” Khloe said. “I know with technology and phones and TV it’s so easy to be distracted and everybody grabbing at you, especially during this time, too, I’m sure you’re being pulled in a million different directions. But try to be as present as possible. Because it flies. It really does.”

She also revealed that consistency is what is working in True’s schedule. Now, True doesn’t have to get upset wondering when she will eat again or when her bedtime will be because she is kept on such a consistent schedule.

Do you agree with Khloe’s parenting advice? Let us know what you think in the comments below. Come back to TV Shows Ace for more news on Khloe Kardashian and all of your favorite reality TV stars.

‘RHOBH’: Erika Jayne Accused Of Playing Sympathy Card
‘LPBW’: Pregnant Isabel Roloff SLAMMED For Being A Hypocrite
Carlin Bates DRAGGED For Making Everything About Herself
Is Natasha Parker Open To Being ‘The Bachelorette’ After ‘BIP’ Drama?
Lori Loughlin One Step Closer To Returning To ‘When Calls The Heart’