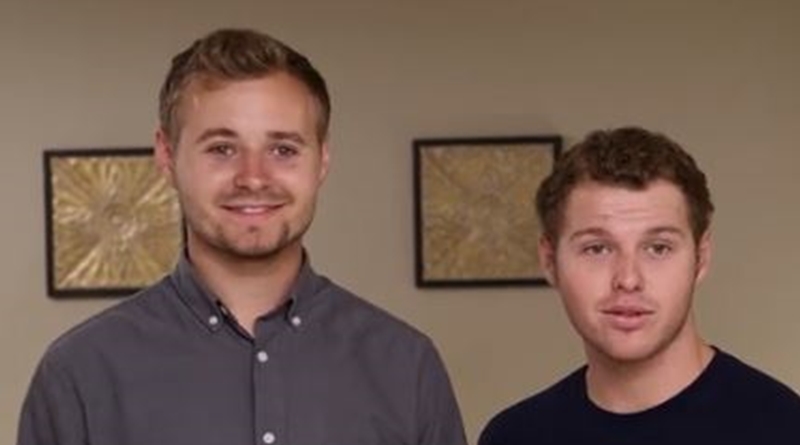 Duggar fans saw the Cribs: Duggar Bachelor Edition! of Counting On this week. TLC posted ahead of it on Instagram, reminding people to tune in and see Jeremiah and Jedediah Duggar move into their own home. Well, fans had a lot of fun talking about the tour of their new home. In fact, someone coined a new nickname for Jed – “Bunkbed Jed.” Other fans think it’s hilarious.

The twins explained that they moved out now with the consent of Michelle and Jim Bob. Actually, Jim Bob told the camera that once they reach 18, any kids are free to leave the big house. But, mostly they opt to stay with their mom and dad as they save money. Naturally, that sparked some speculation about Jana, who still lives there. But, the focus of the Instagram conversation moved to Jed and Jer. They revealed at least two rooms in their place. But, the twins opted for sharing a room.

In their small room, two beds sit next to each other. The young men enthused about their “own” closet space. In another room, they revealed a bunk bed. Perhaps they plan on that room for guests who may visit them. As fans noted, the Duggar boys probably won’t need to worry about taking a girl home. After all, how would that go down if your brother shares a room? The reason they moved out probably comes because Jed runs for State Representative. He’s not speaking out about the many important issues of the day, but that’s another story.

‘Bunkbed Jed’ – a nickname that gets Duggar fans giggling

InTouch Weekly reported about the episode where Jed talked about why the two men opted for one room. And, why they opted for twin mattresses. It turns out they chose that because they’re twins. No mystery there. But, fans enjoyed a fine time discussing that on the Instagram preview. One fan said, “Wait… they moved out and decided to still share a room? Wtf… that’s not weird at all..” Another fan noted, “They bought a 2 bedroom house and they sleep in the same room 😂 Isn’t [one] of them running for office too.”

Well, yes, Jed runs for office and other fans noted he could hardly stay at home with “mommy” and daddy” and get loads for respect from voters. But a witty fan also chipped in. They said, “yes Bunkbed Jed is even tho he had no experience or education.” Other fans loved that comment. One Duggar fan said, “bunkbed Jed ???😂.” Then, someone commented, “best ever comment.loooool.” Later, a comment noted that “Bunkbed Jed” surely sticks as a nickname for the aspiring State representative.

What did you think about the twins opting to share a room and both going for twin mattresses? Do you think that “Bunkbed Jed” might trend as a nickname for Jed Duggar? Sound off in the comments below.