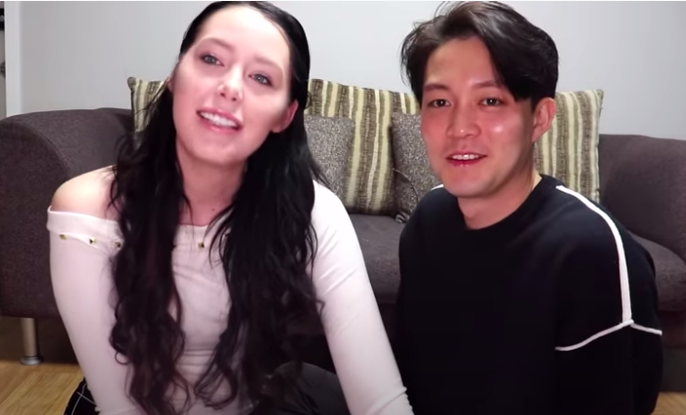 Deavan Clegg’s mother, Elicia Clegg, has now confirmed the 90 Day Fiancé: The Other Way star and her husband, Jihoon Lee, are not quarantining together during the current coronavirus pandemic.

Why aren’t the 90 Day Fiancé stars together?

Deavan’s mom shared a photo of her granddaughter Drascilla doing some schoolwork at home to Instagram earlier this week.

In the comments, fans were quick to ask where the 90 Day Fiancé: The Other Way stars are currently living? According to, InTouch Weekly Elicia revealed Deavan and her two children are stuck in Utah. They will be there “until travel restrictions are lessened.” The travel restrictions are of course due to the current pandemic. But, Jihoon is left separated from his wife and kids back in South Korea.

Despite the 90 Day Fiancé couple’s recent relationship struggles, Elicia went on to share that Deavan and her kids were just visiting Utah when they were unable to return to South Korea due to the coronavirus.

But on the July 13 episode of 90 Day Fiancé: The Other Way, Deavan said, “I just really need some time away from Jihoon to figure out whether I’m going to stay with him or if I’m going to go back to America and leave him.”

Will Deavan and Jihoon ever be together in South Korea?

After all, Deavan has tried to permanently move to South Korea to be with Jihoon multiple times. The first time around she ended up moving back to Utah because his life was too unstable to establish their family there. At the time, Jihoon still lived with his parents, had no job, and was in a large amount of debt.

In recent episodes, the 90 Day Fiancé star tried a second time to move from Utah to South Korea. This time she brought their 1-year-old son, Taeyang, and her daughter Drascilla along with her.

This time around, Jihoon told her that he had a well-paying job and would be able to take care of the four of them. But turns out he lied and was not ready for her and the kids.

For the time being the pair is still married. Maybe this unplanned time apart is good for the two of them.

What do you think of Deavan and Jihoon stuck apart during quarantine? Do you think their marriage will last? Will they ever get their happily ever after in South Korea? Let us know what you think in the comments below. Be sure to watch new episodes of 90 Day Fiancé: The Other Way on TLC Mondays at 9 pm ET.