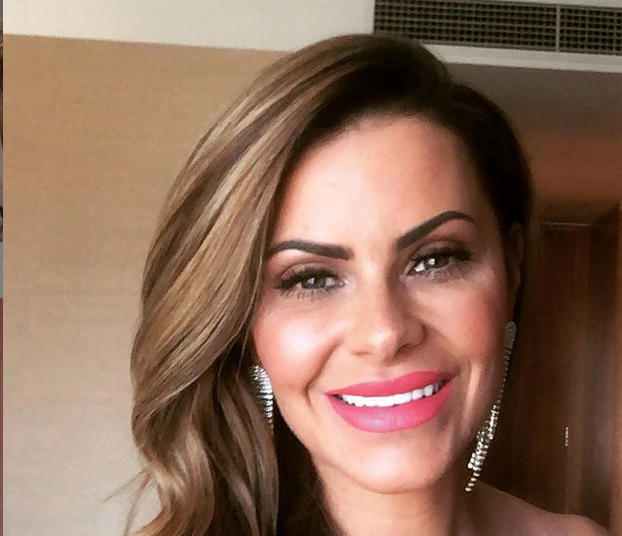 Michelle Money was first known as the “villain” on Brad Womack’s season of The Bachelor. Now, she’s talking about that experience and how she moved past it.

Season 15 of the ABC show featured Brad Womack. Season 15 was featured on The Bachelor: The Greatest Seasons — Ever! on Monday, July 20. So, this brings back some memories of Michelle’s time on the show. After watching parts of the season again, she started to accept herself a little bit more.

On a recent episode of Us Weekly‘s Here for the Right Reasons podcast, Michelle discusses her time on the show. She mentions that she didn’t think she would be the villain of the season. She just didn’t expect it. But, it happened.

Michelle and her ex-husband Ryan Money share 15-year-old Brielle. So, when Michelle went on the show, she thought that the focus would be on her missing her daughter. She explains, “And then when the show airs, they show nothing [about] my daughter or my relationship with her or how hard it was to be away from her.”

Michelle Money moves on from her time on The Bachelor

On the podcast, Michelle also talks about how things went for her on the show and how she’s moving on from it. She says, “As cringy as it is, it really helped mold me into the person that I am today. And so I really wouldn’t change anything. I wouldn’t take anything back.”

The way things went down on the show really did upset her though. After all the hate she received, she had to go through “so much therapy.”

Eventually, Michelle made her return to Bachelor in Paradise and Bachelor Pad. She explains, “To be really honest with you, the producers really had to convince me. I had emails from the executive producer apologizing about over-editing me and you know, it was just a lot of trust and wanting to be able to be seen for who I really was. And I knew I wouldn’t get that opportunity again.”

Michelle Money thanks boyfriend for not watching the show

In honor of the most recent episode of The Bachelor: The Greatest Season — Ever!, Michelle shared a post on social media. She and her boyfriend, Mike Weir, are all dressed up. She thanks him for not watching the show and seeing her season unfold.

To this, Mike replied, “We are both in different places from that time…no need to watch! I’m lucky that our paths crossed & I’ve been able to learn of the wonderful, caring & loving human you are!”

Mike- thank you for loving me through thick and thin! ❤️And thank you for not watching The Bachelor. 😂🌹 @mweirsy #YouAndMeForever

So, what do you think of Michelle’s words about Season 15? Share your thoughts below.

Check back with TV Shows Ace for the latest Bachelor Nation news.