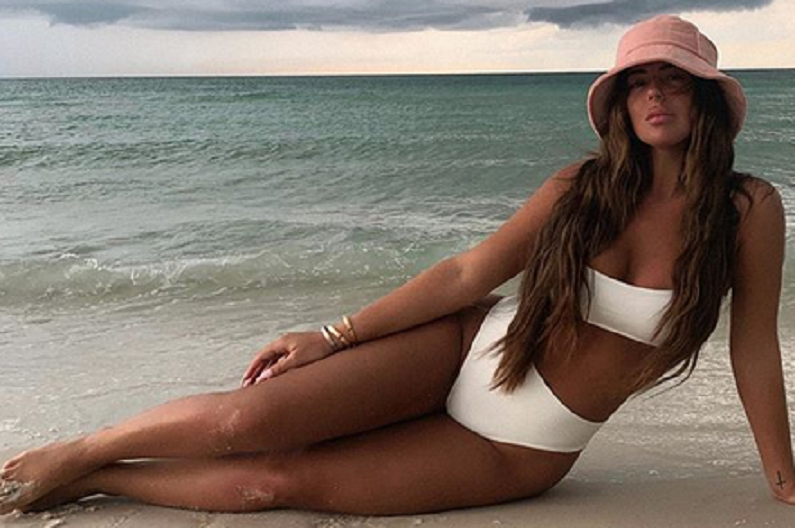 Brielle Biermann grabbed lunch with a mystery man. She joked that she’s on an “all grape diet” as she drank wine in Beverly Hills. The Don’t Be Tardy star grabbed lunch in Los Angeles amid the coronavirus pandemic. The 23-year-old ate at Beverly Hills eatery Il Pastaio with a male companion.

Brielle Biermann jokes about her “all grape diet”

The Bravo personality shared a photo of herself eating lunch with her friend Ty French, as per Us Weekly. In the photo, the pair each held a glass of wine in their hands. Brielle smoldered for the camera as she wore a black tube top and matching high-waisted jeans. She accessorized her look with a pink bucket hat. Meanwhile, Ty wore a wide brim hat with a plaid button-down shirt.

“Don’t let the plates fool you, we’re on all grape diet,” Brielle captioned the post.

don’t let the plates fool you, we’re on an all grape diet 🍇🍷

While there were plates of food in front of them, they were more interested in their wine. Brielle drank red wine, while Ty opted for a glass of white wine. The reality star’s new “diet” prompted a response from her famous mom, Kim Zolciak, who also loves a good glass of wine.

“Your momma taught you well!!” the Real Housewives of Atlanta alum wrote in the comments section. However, some fans wanted to know where their face masks were.

But Brielle broke her grape-only diet on Monday night when she went to Catch L.A. with some of her friends. She snacked on chicken fingers and pigs in a blanket. Also next to her was a martini glass. Back in March, Brielle told Us Weekly that her favorite fast-food chain is Chick-fil-A.

Brielle Biermann previously revealed she’s “very single” despite her recent Instagram post. It appears that Brielle and Ty are just good friends. She last told Us Weekly that she’s been having a hard time dating amid the pandemic. Brielle also admitted that she’s not a fan of online dating.

“I don’t even want to get on dating apps,” Brielle admitted. “I was on Bumble and they deleted my account, I guess because they thought it was a fake account.”

The model said she doesn’t know “what I’m waiting on.” She would rather meet someone the old-fashioned way. In March 2018, Brielle and MLB player Michael Kopech split after two years of dating. Their relationship was featured on Season 6 of Don’t Be Tardy. The athlete went on to marry Riverdale star Vanessa Morgan earlier this year.