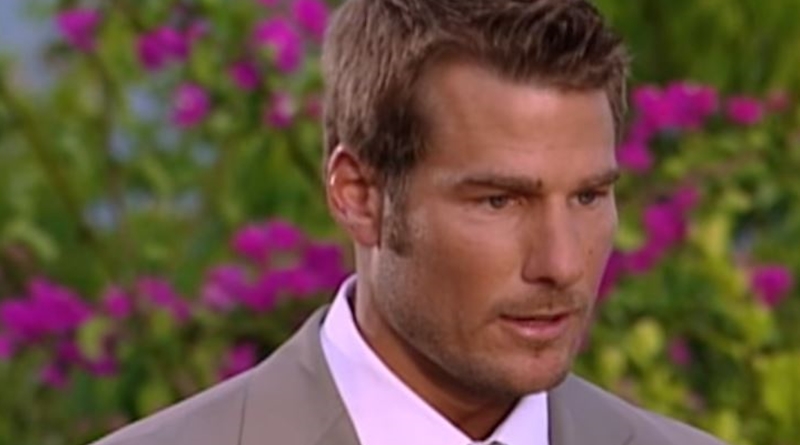 The Bachelor: Greatest Seasons – Ever! revealed that Brad Womack isn’t single at the moment. In fact, he’s dating again and stayed with the same person for some time. Before the show this week, people suspected that Brad remained single. Recall, fans saw him twice on the ABC franchise and neither of them worked out for him.

Bachelor alum Brad Womack dates again, who is she?

We reported that even though Brad might have a new woman in his life, he probably won’t feature on the franchise again. Recall, “Brad was The Bachelor for Season 11 and 15.” In the first season, he chose none of the finalists. The second time around, he chose Emily Maynard. But, that never lasted very long at all. Certainly, it looks like he gave up on the dating show as a place to find the woman he needs.

People reported that he plans no more appearances on the franchise. again. He said, “There’s no way I would say yes to that.” He went on to say, “I will not do it a third time. I promise you.” As far as fans knew, Brad Womack still lived in Austin, Texas as a single guy. Fans know he runs a number of businesses. However, it tuned out he dates someone, and they have dated for some time, now. The reveal came while talking with Chris Harrison on The Bachelor: Greatest Seasons – Ever! Her name’s Jena, and she works as a fitness instructor, Meaww reported.

Jena shared photos of her with Brad

Jena and Brad started dating in approximately 2017. Fans noticed that Jena shared some photos of them together. But, so many people presumed The Bachelor alum moved on yet again. During the show, Brad and Jena made a short appearance and he introduced her to Chris. They met at the gym. At the time, Jena dated someone else. But, as soon as she became free, Brad asked her out. And, they dated ever since.  Fans seem happy that Brad found someone at last.

⁦@ABCBachelorThe⁩ Brad Womack still isn’t married, but at least he has a “lady friend”. He met her at the gym. #bachelor #bachelorette #bachelornation #afforci https://t.co/oDQlaK6TYS 💋 pic.twitter.com/HqaXa6YxBH

What do you think about Brad Womack finally staying with someone for any length of time? Did you hope to see him on The Bachelor franchise again? Sound off in the comments below.