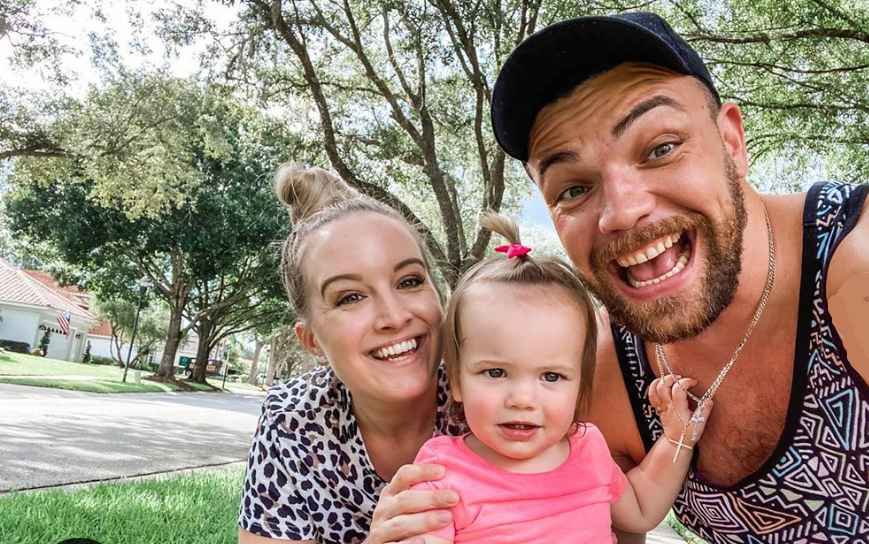 Elizabeth Potthast was not impressed during the latest episode of 90 Day Fiancé: Happily Ever After? This is while she and her husband Andrei Castravet went looking for wedding venues in Moldova. When taken on a tour of the first possible venue for their second wedding, Elizabeth was obviously not keen. Andrei asks her, “How’s it looking, babe?” He said it was not exactly what he had in mind.

At this first venue, Elizabeth tried to give it a chance. However, one thing she didn’t like was the fact it is a strip mall in the daytime and a casino at night. In their confessional, Elizabeth tells Andrei it is not a very good option. She continues by saying, “It’s kind of tacky.” The TLC reality star says the furniture is outdated and it isn’t doing it for her right now.

The happy couple wasn’t able to try out the food at the venue and could only see images. Elizabeth says she knows this particular food is a delicacy in Moldova. However, she says she knows her family will be “weirded out” by the dishes because they are so different looking. The 90 Day Fiancé star herself has no issue with the Moldovan dishes but says her family would probably prefer American food like “cheeseburgers or fried chicken” at the wedding reception.

This was a really bittersweet moment for me. I was so happy I found my dress but at the same time, Megan and Becky told me they weren’t able to join us in Moldova. It’s like, you want to be excited because it’s an exciting moment in your life but at the same time you feel selfish because you know others have to suffer. I love you Becky and Megan and would never purposefully leave you out! 😭👰🏼💕⁣⁣ #90dayfiancehappilyeverafter ⁣⁣ @beckylichtwerch⁣⁣ @cpsgirlmegan⁣⁣ @pamelaputnam1⁣⁣ @jaylyn_d⁣ @beareroftheblingbridal

A post shared by Elizabeth Potthast Castravet (@elizabethpotthast) on Jun 28, 2020 at 7:44pm PDT

Andrei speaks up about the wedding food

In the confessional, Andrei said it isn’t about Elizabeth’s family. He says it is about their wedding and them. Andrei stresses the wedding is about them. He says if the family doesn’t like it, they can go around the corner and eat some American fast food.

Elizabeth says her family has never been to Eastern Europe before and has a lot of concerns about traveling to Moldova. As noted by In Touch, she says she is trying to be “as polite as possible.” However, she is definitely not booking a wedding venue without being able to taste the food. The 90 Day Fiancé star says this one is a definite no.

When Elizabeth explained why she was not choosing the venue, Andrei told her she is “f**king annoying.” The pair starts arguing and Elizabeth storms off. After cooling down a little, she told Andrei she had to walk away or she was seriously going to punch him in the face.

Finally, Elizabeth and Andrei do find a venue she likes, mainly because they could taste the sample food. She says of the venue that it is “beautiful, clean, inviting and upscale.” Elizabeth adds that she loves the place “so much” and that it is “definitely the one.”

The episode ended with Elizabeth getting baptized as she converts into Andrei’s religion. The next step is the wedding, which fans will get to enjoy on the show. Keep up with Andrei and Elizabeth’s journey on 90 Day Fiancé: Happily Ever After? on TLC on Sundays at 8 pm ET.