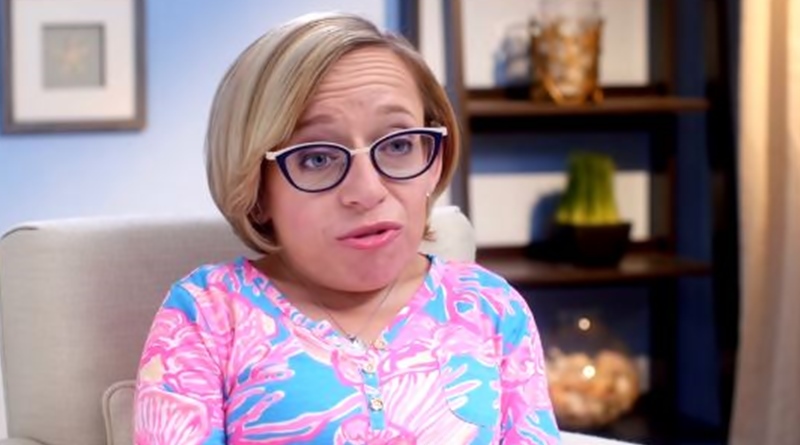 The Little Couple mom and doctor, Jen Arnold shared a photo of herself on Instagram on Sunday night, She rocks a pixie haircut and looks amazing, fans agree. She shared the photo and announced that fans can tune in soon as she appears on the Tamron Hall Show. If you’re not sure, the Tamron Hall Show brings great content where people engage in “meaningful, engaging, and entertaining conversations.”

The photo that Jen Arnold shared that accompanied her post about the Tamron Hall Show stunned fans. She spruced herself up and sports a pixie cut. Her caption read, “Had such a great time meeting @tamronhall! Hope you’ll tune in tomorrow to watch!” Naturally, fans showed interest in the show. But, many of them commented on how great Dr. Jen looks with her hairstyle. One of her fans wrote, “You rock the pixie!” Another one commented, “Love your hair, looks great on you🌷.”

Many The Little Couple fans wished they could look that good with a Pixie cut. Someone also suggested that style might suit little Zoey as well. Meanwhile, other fans grow impatient with TLC and hope for more of the family very soon. One person commented, “You look amazing Jen! I miss your show and hope you’re coming back soon! 💖” Actually, Jen Arnold looks amazing and many fans agree she’s very beautiful in the photo.

Where to watch the Tamron Hall Show with Jen Arnold

Jean Arnold directed fans to the main website for the Tamron Hall Show. Over there, Jen Arnold’s appearance gets a mention under their Tune In to Win – Hot Summer Giveaways post. The show brings lots of interesting things. Amongst them, apart from Dr. Jen Arnold, they feature people and pets during the lockdown. Plus, “Emmy-winning actress and philanthropist Debra Messing and entrepreneur and attorney Mandana Dayani” talk on their new podcast.

The site notes they feature “TLC’s The Little Couple; and teen Alini Morse, CEO of a million-dollar business, which produces tasty alternatives to sugary candies.” So, lots of great stuff comes there on Monday, July 20. Fans told Dr. Jen they plan on watching her on the show. One of them said, “Yes I’ll be watching. You are so inspirational!!!” Another person commented, “Thank you for sharing! Just set it up to record !! Great hair hairstyle on you !!!”

Had such a great time meeting @tamronhall! Hope you’ll tune in tomorrow to watch! You can find out where to watch it at https://tamronhallshow.com/all-channels/. @tamronhallshow

Jen on shows and livestreams during the lockdown

During the coronavirus, Dr. Jen Arnold appeared on a number of shows and livestreams. In April, she appeared on a Live interview with Tampa Bay Blend on Facebook, we reported. She talked about how the virus changes doctor consultations. These days, using modern technology, she loves the idea of telemedicine.

During the virus, The Little Couple mom tirelessly gives fun ideas and advice on staying safe with social distancing, as well.

Courtney Waldrop Admits Her Family Needs A Few More Members
Are Joe & Kendra Duggar At Odds With Jim Bob Because of Josh?
‘Teen Mom 2’: Chelsea Houska Has A New Look And Fans Are Not Happy
Which Duggar Courtships Seem To Be In The Works?
Is Rob Kardashian Alright? ‘KUWTK’ Fans Express Concerns