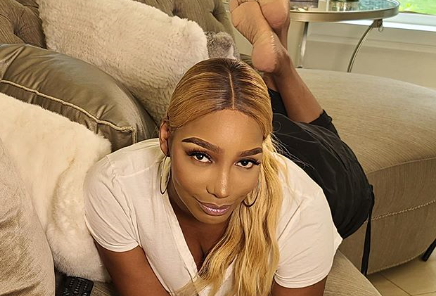 When NeNe Leakes said she might not be back to film the new season of RHOA, fans were shook. They wanted to know why after over a decade on the show she’d want to leave. The rumors went wild as people tried to figure out what had happened.

Now, NeNe Leakes has talked a bit about it on her Instagram. She went to her fans on a Live video and said she is ready. Leakes said she wants to, “speak her truth.” She said someone has been mistreating her for years. It seemed like a tease especially when she compared what she was going through to another reality star. She said her ordeal was similar to Tamar Braxton.

What Did NeNe Leakes Say In Her Instagram Live?

NeNe Leakes said her return to the show doesn’t sound promising according to The Blast. She said, “If I told you the way I was treated, you would not believe it. Same with Tamar.” Tamar recently came out with a letter that said WEtv executives on her show, Braxton Family Values, tore her family apart. She said they make her expose something that shamed her and made her contemplate suicide. She concerned fans by tweeting some things.

NeNe said, “sometimes when you’re in certain situations you don’t have a choice. If I told you the person that was wronging me for so many years your mouth would be on the floor.” She said these things had been going on since she started Real Housewives of Atlanta. She says the truth is going to come out. Fans are losing their minds trying to figure out what she’s talking about.

NeNe Leakes made a point to say she couldn’t reveal too much. She stated, “I’d love to say more but I’m afraid it won’t be received well then I won’t get the support I need.” She addressed the rumors of being let go from the show and she let fans know that wasn’t the case.

She said there will be news soon about RHOA. NeNe said, “I have remained quiet. I haven’t said anything on it but it’s coming. I have the right people to speak. Wait for it.” She says the truth is going to come out. Leakes stated, “now I have the people in my corner who will be helping me with the situation,” she said, adding, “it’s my time to speak the truth.” Fans have been very supportive with some saying they won’t watch the show without her. They will continue to watch her social media and wait on the edge of their seats for Nene to speak her truth.