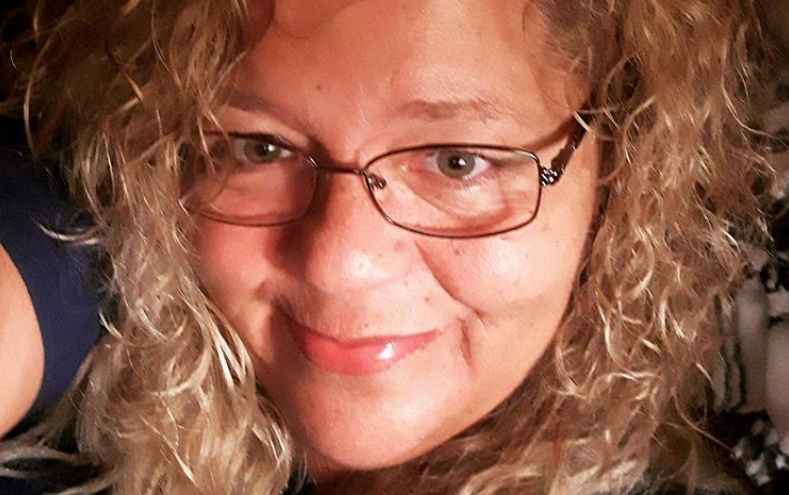 Lisa Hamme and Usman Umar have definitely had their ups and downs. While not particularly fan favorites on 90 Day Fiancé: Before the 90 Days, they did cause interest. Despite this, at one stage, the TLC reality stars appear to be trying to make their relationship work. After problems getting Usman’s mom’s blessing, they finally married. However, the happy bride and groom now look like they are heading for divorce. Now, Lisa opens up about her relationship with her estranged husband in an interview.

90 Day Fiancé star Lisa opens up about relationship with Usman

Lisa is interviewed on The Domenick Nati Show on Friday, July 17, where she opens up about their controversial relationship. When Dom asks her about the current status of her relationship with Usman, Lisa says she isn’t entirely sure. However, she has heard rumors on the “grapevine” Usman is filing for divorce from her.

Hamme explains that Usman has blocked her for a long time now. However, she says the Nigerian has told everyone he has filed for divorce. Hamme says all she can do now is wait for the paperwork.

The host asks “Baby Girl” Lisa if she wants to end her marriage with Usman. The 90 Day Fiancé star explains that she has been struggling with this up to now. However, she has realized what is best for her. Lisa says her heart and mind have been “fighting back and forth.” Luckily, Lisa’s mind is now taking over to let her know she will be happy to get those divorce papers.

About Lisa Hamme and Usman Umar

90 Day Fiancé: Before the 90 Day fans will remember that Lisa and Usman had an online relationship for several years. Eventually, Lisa travels to Nigeria to meet Usman but things aren’t easy. Despite the problems getting approval from Umar’s mom, they eventually marry in that country. It was agreed that the Nigerian rapper would move to the U.S. with her through the K-1 visa process.

It was clear to fans that Usman was mostly interested in moving to the U.S. to promote his career as a musician. This is rather than him being interested in Lisa herself. However, when Umar is also interviewed on The Domenick Nati Show, he denies using Lisa for his own ends. He goes so far as to call her a “poor woman” who has nothing to offer him.

According to Usman, Lisa refuses to pay him the earnings he has made from videos. He says she is holding the money over his head. However, in her interview, Lisa says she has given just under half of the money to Umar. She points out that she has loaned money to Usman along the way and he still owes her that.

As noted by Inquisitr, when Dom asks Lisa whether she has been intimate with Usman, she says yes, she has, “many times.” However, she wasn’t exactly impressed by the experience.  Domenick asks her to rate the experience between 1-10 and Lisa responds, “Negative.”

Remember in the past on 90 Day Fiancé, when Usman was asked about how Lisa performed in bed?  He responded saying she has the “women parts” and he has the “men parts” so it was possible. How romantic is that?

Lisa is asked if she is currently dating anyone and says no. She admits she has a number of Nigerian friends, but she is not currently dating. In fact, Hamme says the only “committed relationship” she is in right now is with herself. Listen to the full interview in the video included below.

’LPBW’: Audrey Roloff Gets Lost In Her Feelings Over This Picture
Jenelle Evans Reveals She Wants To Go On ‘DWTS’
Jill Dillard Continues To DEFY Dad Jim Bob Duggar In New Photo
‘RHONY’ Season 13 Reunion Canceled: What Does This Mean For The Show?
‘Teen Mom’: Kailyn Lowry Reveals Spending $80K In Legal Fees