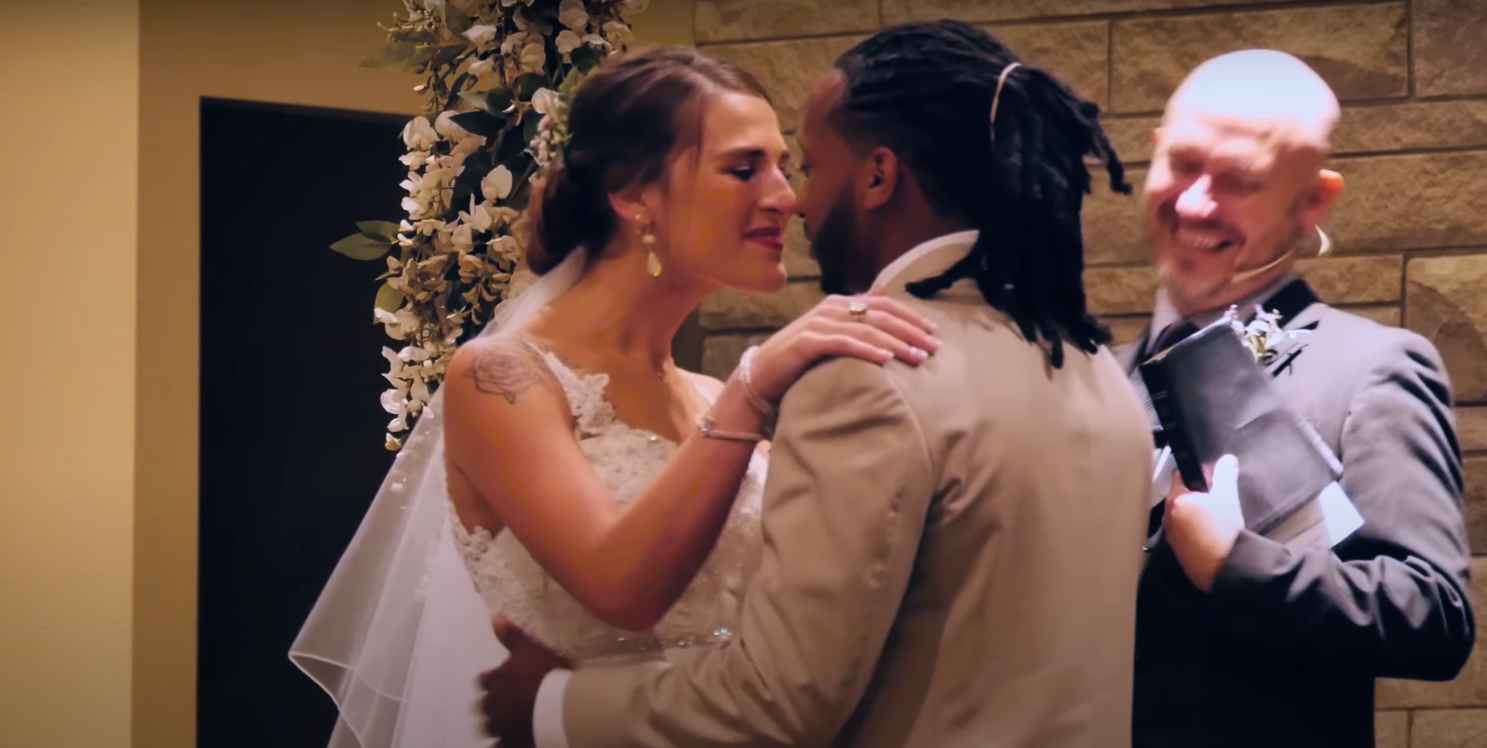 Biniyam Shibre stars on 90 Day Fiancé: The Other Way. He can be seen with his American fiancée, Ariela Weinberg. However, Biniyam was married before to another American woman. A video clip of his wedding to Bria has recently surfaced. They share a son, but Biniyam doesn’t get to see him. Meanwhile, his friends are concerned Ariela might leave with his child.

90 Day Fiancé: The Other Way star Biniyam and his previous wedding

While Ariela traveled the world to get over a tough divorce, she never expected to fall in love. However, after spending several months in Ethiopia with Biniyam, she finds out she is pregnant. She decides to move to Ethiopia to be with him for the birth of their baby.

An earlier episode of 90 Day Fiancé: The Other Way revealed Biniyam was married before. In fact, his former wife was an American woman by the name of Bria. As noted by Screen Rant, the pair has a son together, but the marriage failed. Biniyam doesn’t get to spend any time with his son.

Biniyam’s friends tell the TLC cameras that they are concerned. They worry about Ariela’s intentions towards their friend. Ariela has moved to Ethiopia to have their child. However, his friends are worried that she might take the baby home with her to America. This would effectively cut Biniyam out of this baby’s life. Of course, this is what happened before with his ex-wife, Bria.

Recently, a video clip surfaced of Biniyam and Bria’s wedding. While TLC offers no information about the wedding, fans can now watch the highlights in the YouTube video below.

The video clip shows Biniyam and Bria’s wedding ceremony, held in Bria’s home state of Iowa. At the time, it was difficult to get him into the country. In fact, Biniyam’s visa was denied twice. According to a report by Starcasm, the family went to U.S. Representative Dave Loebsack for help.

The report says that Loebsack did step in to assist. After a complicated process, Biniyam was finally granted humanitarian parole. He was then able to travel to Iowa for the birth of his son. This was believed to have been in early February 2017.

90 Day Fiancé: The Other Way stars Ariela and Biniyam

In the case of Ariela, rumors say Biniyam’s K-1 visa was also denied. However, this isn’t official. Now Ariela and Biniyam prepare for the birth of their child, and she and her mother are worrying. They are having second thoughts about staying in Ethiopia due to bad living conditions. There is also a lack of proper resources at the local hospital.

This makes things horribly complicated for poor Biniyam. It looks like he might miss out on being with his second child. This is exactly what happened with his first. Keep watching the story of Ariela and Biniyam on Watch 90 Day Fiancé: The Other Way on TLC, Mondays at 9/8c. Let’s hope the couple has a happy ending.