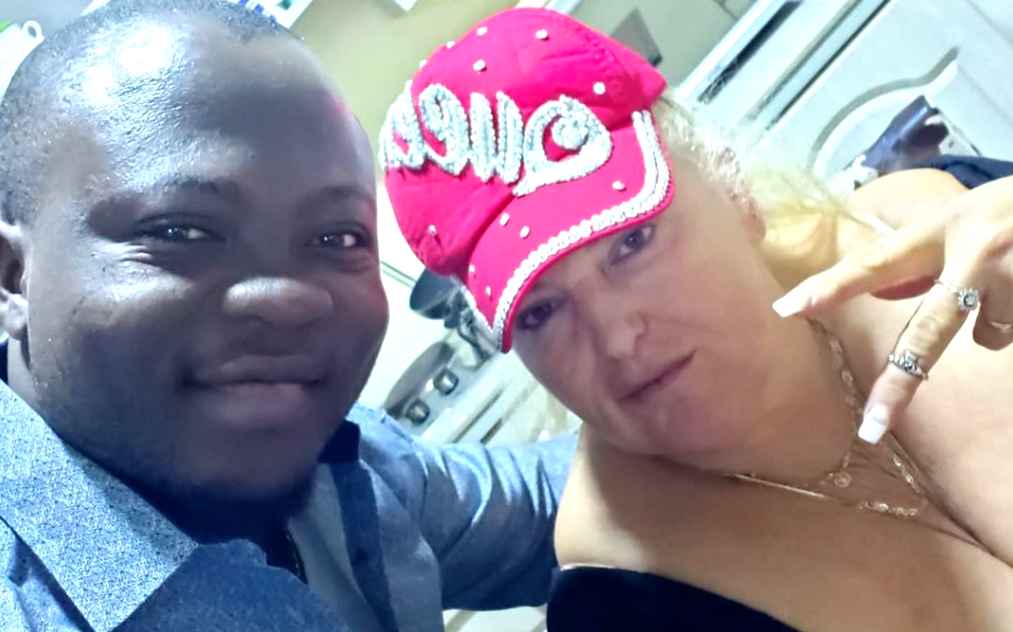 Angela Deem made herself heard in the Sunday, July 19 episode of 90 Day Fiancé: Happily Ever After? This is after Michael Ilesanmi introduced her to his female friends in Nigeria. He wants them to tell her about their move from the U.S. to Nigeria. Meanwhile, Angela freaked out, saying she was “Done” and threatened to call off the wedding.

90 Day Fiancé: Happily Ever After? star Angela and jealousy

In his confessional during the Sunday, July 19 episode of 90 Day Fiancé: Happily Ever After? Michael, 31, speaks about how the drama happened. He says that morning, he took Angela, 54, to meet his friend Dawa and his friends. However, he says he didn’t tell Angela there were going to be women there. Michael knows she doesn’t like him to hang out with women. Problem is, when they got there, Dawa was nowhere to be seen – there were just the three women. Angela took one look and stormed off.

It turns out Michael has been attempting to get a little insight into life in America from people who have lived there. This is due to the fact the TLC reality star has told him there is no way she is moving to his native country. Angela wanted to know why he was talking to strangers about this when she was perfectly able to tell him herself.

After they leave the scene, Angela starts screaming at Michael for letting the women share their opinions with him about relocating. She angrily tells him she is “done.” Deem tells Michael to take his a** to the apartment as she wants to be away from him. She closes with the words, “There’s not gonna be a marriage.”

Michael tries to tell Angela she should have respected the women and heard them out. However, she didn’t agree. Deem tells Michael to go to hell, saying the women can’t tell her s**t about what goes on in America. They can’t tell him anything about her life in America.

90 Day Fiancé: Happily Ever After? star Angela speaks up

In her confessional, Deem said if she had known, she would not have approved the meeting. This is especially so with her history with Michael and previous arguments. She says what really p**sed her off at Michael was that he knows.

He knows she doesn’t want him following women on Instagram. So, how the hell does he think she will feel about him sitting in a bar drinking with three women. She says, “B*tch, you caused this argument.” Angela goes on to tell Michael, maybe he needs to marry the three women.

Meanwhile, as their fight continues, Angela gets a call from her daughter Skyla. Her daughter tells her something is going on with her mother. Angela speculates this could be dementia and the health update seems to send her over the edge. At that point, she asks Michael to pull over the car. She then tells him she doesn’t want to marry him and questions if they were even “made for each other.”

In her confessional, Angela says the trip to Nigeria was really to find out if Michael is ready to be a husband – her husband. As noted by In Touch, right at that moment, she can’t see it. However, from leaked photos of their wedding that popped up in January, they probably did work things out. However, it is going to be a tricky road to follow to get there.

Keep up with Angela and Michael on 90 Day Fiancé: Happily Ever After?  on TLC on Sundays at 8 pm ET.

‘Bachelorette’ Fans Wonder What The Heck A ‘Skin Salesman’ Does
‘Shadow and Bone’ Renewed for Season 2 By Netflix
One ‘OutDaughtered’ Busby Quint Opts Out Of Cheer Camp: But, Who?
Is Rob Kardashian Alright? ‘KUWTK’ Fans Express Concerns
Another Duggar Might Already Be Engaged & It’s Not Jana!