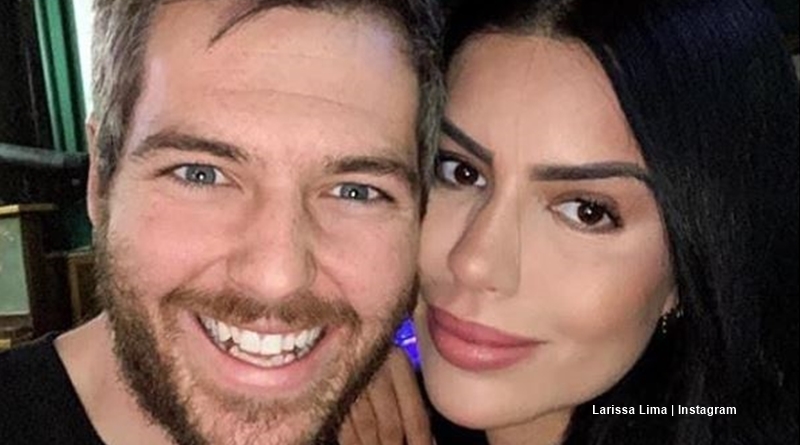 90 Day Fiance fans know that Larissa Lima and Eric split. But they forgave each other after the split and became friends. Now, Larissa took to Instagram and elaborated on how they navigated resolving their differences. When fans saw them get back together, plenty of critics trolled on Eric and called him totally “crazy.”

At one stage, Larissa and Eric looked irreconcilable. Bear in mind, she even called the cops on Eric during their split. But, it never actually led to any charges by the police. We reported that “fans slammed Eric Nichols for taking back Larissa Lima.” After Happily Ever After revealed them back together, Larissa then made them Instagram official as a couple. We noted that Larissa said, “Eric…always accepted me for who I am. For the good and the bad. For my victories and challenges.” She added that she feels very “happy” with him.

Many critics wondered how on earth these two 90 Day Fiance stars got back together. While some critics think they just did it to feature on the TLC franchise again, others genuinely wonder how they fixed their problems. Well, now Larissa detailed how it went down. Actually, maybe Larissa and Eric drew it up together. The English seems very good, not one of Larissa’s strong points. They shared a cuddled-up selfie of themselves and wrote a long explanation under the caption.

Eric and Larissa took time getting back together again

Larissa reminded fans that they split for nine weeks. Larissa said that she used the time thinking about her “goals” in life. She also admitted that she “dated a bit.” But, they reconciled eventually. The reconciliation didn’t take place over “one dinner together,” she pointed out. It took talking and forgiveness from both of them before they moved onto the next stage.

Part two of the 90 Day Fiance fix came with admitting they still “cared” about each other. Then, the couple talked a lot about how they intended to do it differently this time around.” The couple tried avoiding “past mistakes.” Although Larissa took the time for a lot of “self reflection,” they found themselves “drawn back” to each other. Larissa compares their time apart to married couples who go through similar problems.

It was 9 weeks that @ericjosephnichols and I were not together last fall. In that time, I reflected on my goals, I even dated a bit. The decision for both Eric and I to get back together was not decided in one dinner together. We talked about how we disappointed eachother, and we forgave. That was the first step. The second step was admitting to one another that we still cared. The third step was discussing what we wanted to do different this time around, and to not repeat past mistakes. I had a good two months of self reflection, but we were drawn back to one another. Just as so many couple's marry, separate, get back, separate again. For everyone, there is a unique love story. I do not know the future, but I know what I want. I love my current relationship, I'm happy. Love is not just saying beautiful words you think the other wants to hear. Love is forgiveness and loyalty. It may take time, but when you get there, the journey was worth it. 💕 #90dayfiance

For Larissa, right now, she can’t read “the future.” But this time around, she knows what she wants. And, for now, it looks like she found it. The 90 Day Fiance star noted some wise words: “Love is forgiveness and loyalty. It may take time, but when you get there, the journey was worth it.”