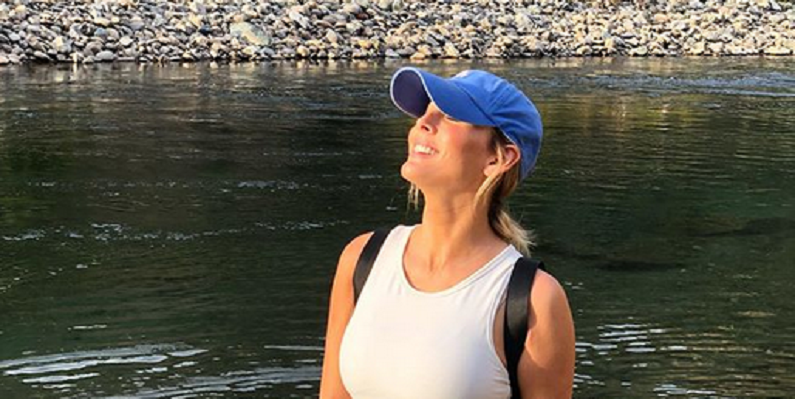 The Bachelorette is in full swing. Clare Crawley and her contestants are at the La Quinta Resort in Palm Springs, California. The previously show announced the contestants on the official Facebook page. Now, Clare has met with her 42 potential suitors.

People was the first to get the photos of Clare at the resort. She started filming her season of The Bachelorette on Friday, July 17. Production was on hold due to the ongoing coronavirus pandemic. But, now, it looks like things are underway.

The cast and crew are currently under “a protective bubble” during this time. Learn more about the new production of The Bachelorette.

An insider told People that she’s filming her season at the La Quinta Resort in Palm Springs. The source added the “entire resort is shut down and nobody but the cast and crew is there.” On Friday, Clare arrived at the resort to meet with her potential suitors. She wore a black camisole with dark red leggings. She accessorized her look with a large brown leather carry on bag and black thong sandals. Clare also wore a white face mask to protect herself amid the global pandemic.

“The resort is essentially a protective bubble,” the insider added. “Nobody is coming and going. The cast and crew arrived before filming began and spent a few days getting used to all the necessary protocols.”

The insider added that both cast and crew are wearing face masks and maintaining social distancing. Also, there have been “multiple rounds of testing for cast and crew and there is a medical team on-site enforcing the protocols and administering tests.” Since the Bachelorette is about falling in love, everyone must err on the side of “safety and caution,” according to the insider.

This season will take place outdoors

The reason why producers chose La Quinta to film The Bachelorette because “it is so spread out” and is “mostly outdoors.” However, it’s not clear if there will be hometown dates and international dates. Travel is a challenge due to the restrictions and limitations. But, that could all change.

“At this point, travel is not guaranteed,” the insider continued. “State restrictions keep changing, and nobody wants to get on a plane right now. Time will tell whether there will be hometowns or whether they will drive to other locations. Everything is on a day by day basis.”

ABC hasn’t announced the premiere date of The Bachelorette. It could debut in late September or early October, according to the insider. Clare’s sighting comes after ABC announced the new contestants on the show’s official Facebook page.

Out of the 42 potential suitors, 17 come from the original group. The men range in age from 25 to 40. The recasting happened as some of the previously announced contestants couldn’t film this time around. Clare originally had 32 men, which has now increased to 42. The biggest name that was cut from the list was Matt James, who as announced as the next Bachelor, as per Pop Sugar.

Are you still excited about Clare Crawley’s season of The Bachelorette? Sound off below in the comments section.